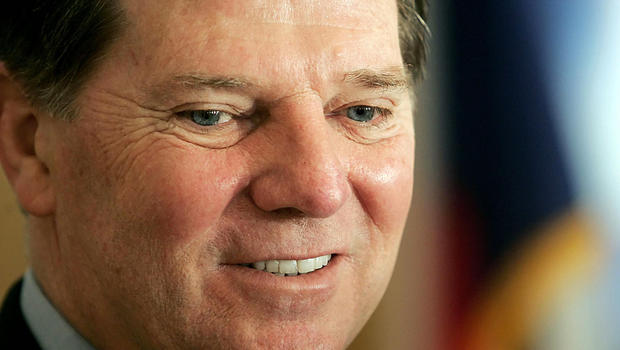 Some in the Republican Party are preventing Obamacare repeal, claiming it is impossible to accomplish “repeal and replace” unless done with one bill. But in an exclusive interview with The Daily Caller News Foundation, former House Majority Leader Tom DeLay reminds readers that the 1994 Republican Congress implemented the “Contract with America” with nine separate bills.

DeLay, known by friend and foe as “The Hammer,” is destroying excuses by current Republican leadership after failing to repeal Obamacare. “Republicans, tea partiers and others, demanded Obamacare be repealed; they didn’t demand it be replaced,” DeLay said critically.

“In the 90s, we had a plan in place. We had an agenda, and it was an agenda that we ran on,” DeLay said, speaking of his successful House leadership role. “When we were running in 1994, we had actually written bills that members had signed onto. So instead of writing a leadership bill and stuffing it down people’s throats, and saying, ‘This is a binary choice,’ we did the bills first [before the election] and members had to sign onto it. They had to sign it,” DeLay said, indirectly taking a swipe at House Speaker Paul Ryan’s alleged lack of transparency.

“There was only one member who didn’t sign the Contract with America,” DeLay continued. “So once we had the bills that the members had already signed onto, in less than 100 days, we brought 10 of those bills to the floor and passed nine of them and eventually ended up with a Democrat president signing 73 percent of them.”

“We also did Medicare reform, which is almost identical to this process, and only had a ten-vote margin at the time, and no help.”

Some economists attribute these macroeconomic trends to the “dot com” boom. Others suggest the dot com boom would not have occurred without the investment incentives brought on by Republican policies.

For DeLay, recent leadership failure is a question of process and approach.

“A year ago they passed Obamacare repeal without 60 votes, for example. How did they do that?”

“The bottom line of passing bills is you have to turn up the heat. If you were going to do one big bill, why didn’t you do it out of the House, send it over to the Senate and let them do whatever they’re going to do with it, and then have it go to conference and write the real bill? That’s called ‘regular order,’” DeLay remarked chuckling.

“This is a great opportunity to regroup. You can pass one bill, two bills, three bills, all building a market for the insurance industry by getting the government out the insurance business.”

“What should happen is, and Rand Paul said it Friday, they oughta today pass his bill that creates associations, co-ops and risk pools. The next bill ought to be the across the state lines. If you want to continue to subsidize, why don’t you take the Earned Income Credit — drives me crazy that we even have it — if you get a refund check, it has to be cashed in a Health Savings Account,” DeLay explained.

“Over the next few months, we create this market. Let Obamacare implode. That builds the pressure to repeal, and then brings repeal back.”