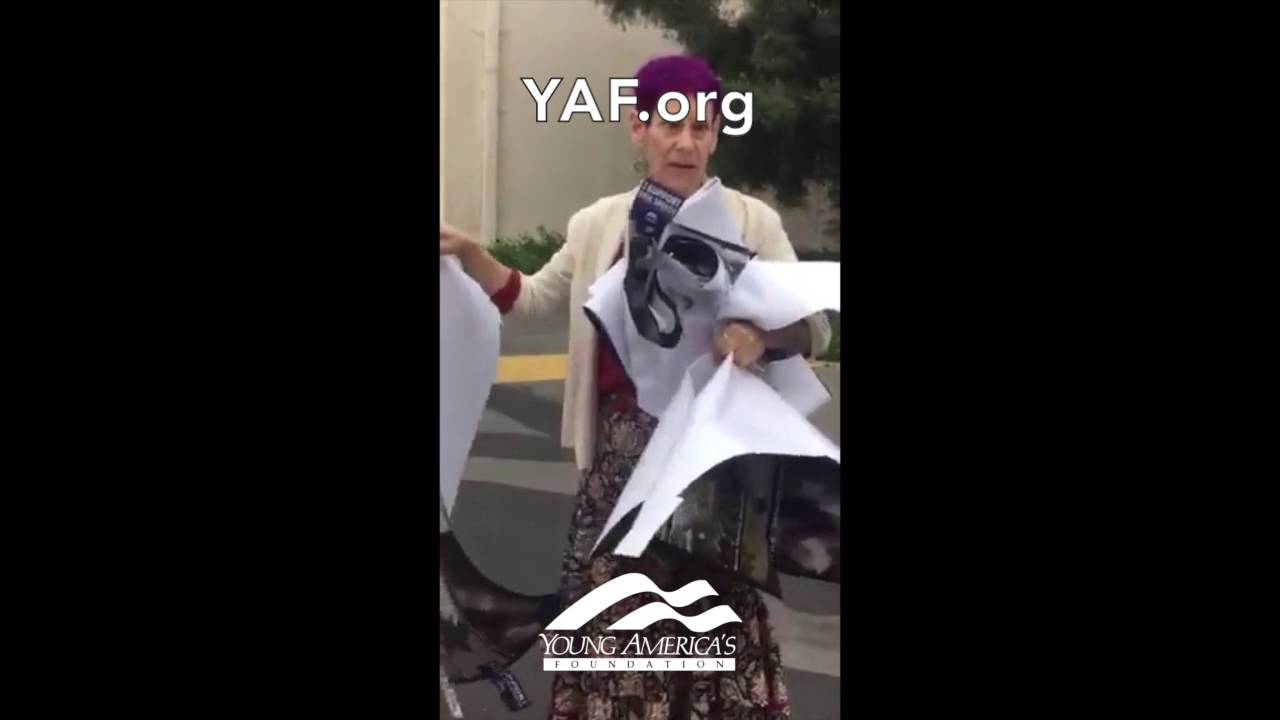 At Saddleback College in California a group of conservative students, the Young American’s For Freedom, were denied the right to stage a 9/11 memorial on campus grounds. Upon hearing of their memorial’s rejection they consoled themselves by settling on erecting posters across the campus this week as the 15th anniversary of the attack quickly approaches. Yet there unfortunate luck did not end there.

Not long after the posters had been put on display history professor, Margot Lovett, was caught on film making rounds on the campus tearing down the posters. Once she noticed she was being filmed she confronted the students claiming she had the right to remove them because they were lacking the stamp that showed approval by the student government. Although Lovett, almost certainly had a truer (and darker) ulterior motive. After all, she is on the record  having been in support of a press release from the Black Radical Congress that stated in part:

“One clearly sees the callousness and evil intent with which U.S. imperialism treats the lives and property of others, especially non-white peoples around the globe.”

Of course we must remember that victim blaming isn’t acceptable according to the Left. Well… unless the victim is America anyway. See for yourself the purple headed professor in action.

Canadian Musician Barred from U.S. for Admitting He Smoked Pot