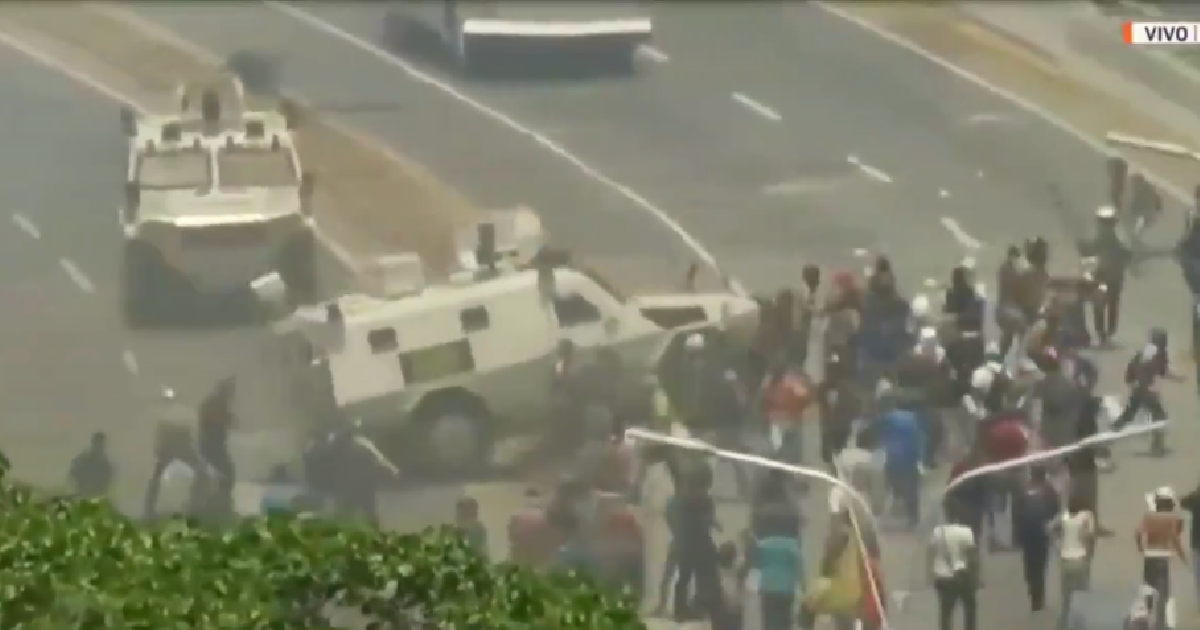 Citizens and reporters captured on camera some of the carnage from Tuesday’s events, as well as how it’s escalating.

The United States and Venezuela’s neighbors — Columbia, Peru, and Brazil — and the European Parliament endorsed Guaidó and his supporters Tuesday. Columbia has also called for a meeting to address the military uprising.

Russia has long backed Maduro and came out against the opposition uprising.

“The radical opposition in Venezuela has once again returned to violent methods of confrontation,” its Ministry of Foreign Affairs said in a Tuesday statement, according to Reuters. “Instead of peacefully settling political differences, they have taken a course designed to whip up conflict, and provoke breaches of public order and clashes involving the armed forces,” the ministry said.