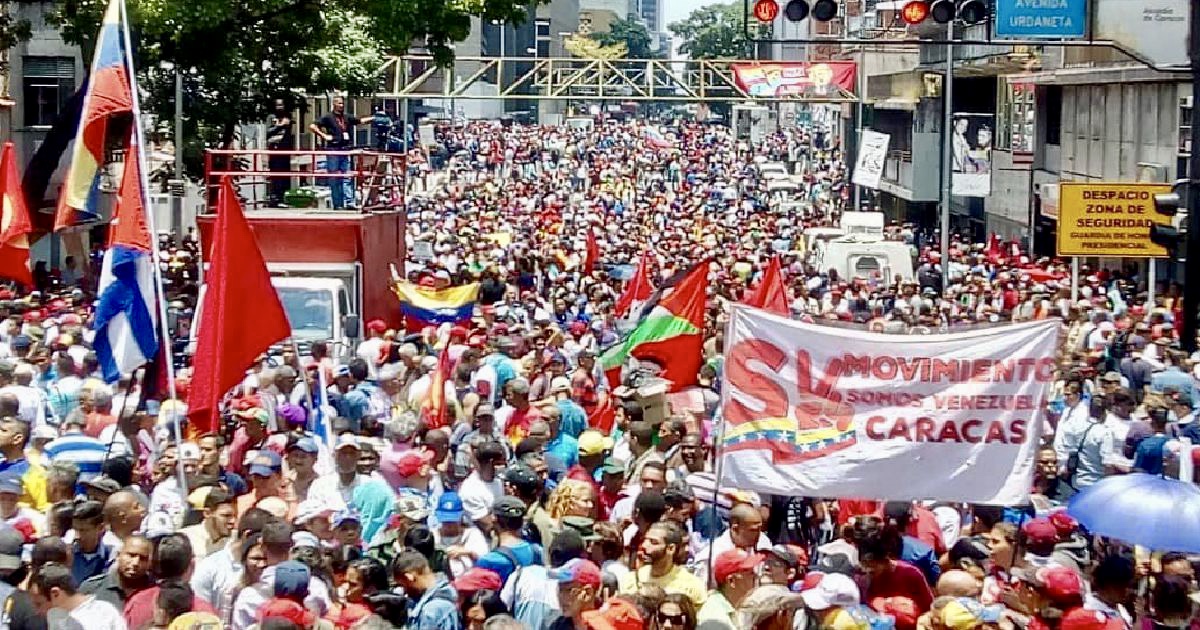 Thousands of Venezuelan protesters and armed military personnel are marching toward the Presidential Palace in Caracas as opposition leader Juan Guaido leads a military revolt against Venezuelan dictator Nicolas Maduro.

Guaido initiated “Operation Liberty” Tuesday morning as a final push to oust Maduro from power. Guaido has persuaded part of the Venezuelan military to back his revolt and armed conflict has erupted between Guaido’s and Maduro’s military forces.

Military forces that have defected to Guaido’s cause have joined the thousands of protesters en route to the palace.

The Maduro-regime has reportedly shut down at least one media outlet in Caracas since the revolt began. Radio Caracas Radio, a local station located in Venezuela’s capital, tweeted Tuesday morning that federal regulators ordered the station to quit broadcasting.

The United States and several other countries have denounced Maduro and publicly supported Guaido’s revolt.