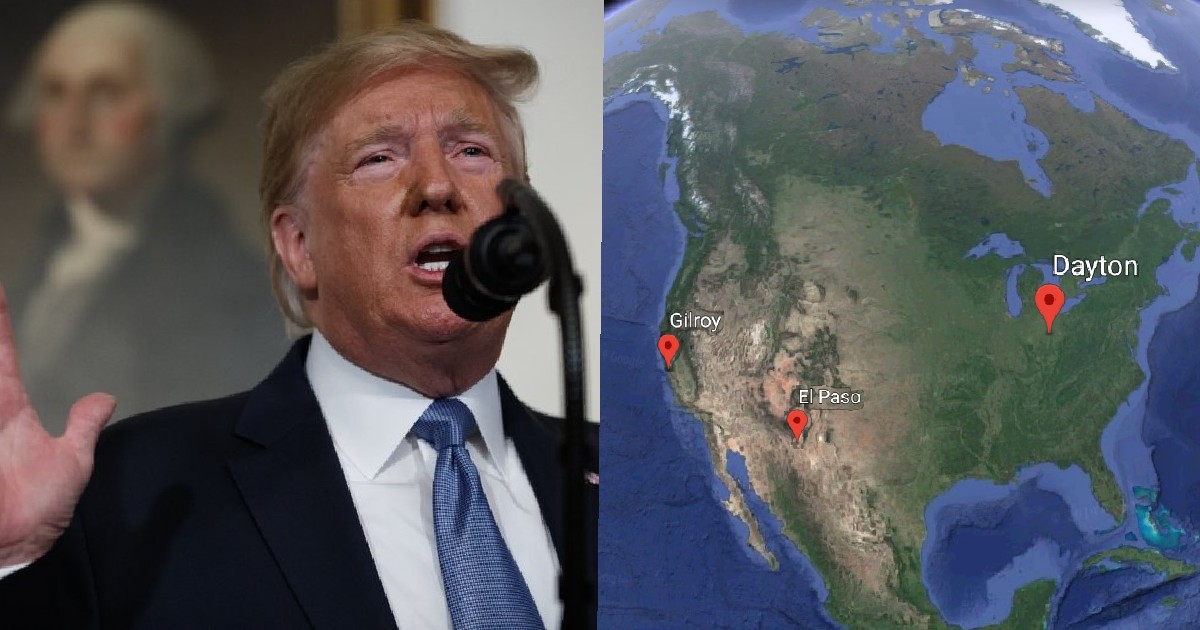 Donald Trump told the nation that he will direct the Department of Justice to introduce legislation mandating capital punishment for mass murderers, while addressed the nation from the White House, on Monday.

After the live announcement, Trump posted a video making a similar statement.

Today, I am also directing the Department of Justice to propose legislation ensuring that those who commit hate crimes and mass murders face the DEATH PENALTY – and that this capital punishment be delivered quickly, decisively, and without years of needless delay. pic.twitter.com/BDXdpelK7F

In another move that stunned pundits, the president appears to now support stronger background checks. Like many other Trump proposals, this one came by tweet.

….this legislation with desperately needed immigration reform. We must have something good, if not GREAT, come out of these two tragic events!

President Trump has been called soft on hate crime since his comments in August of 2017, which followed a “Unite The Right” rally in Charlottesville, VA. The President told the nation there were “good people on both sides” of clashes between far-right protesters and a large group of counter-protesters. During these clashes, a white-supremacist took a young woman’s life when he deliberately plowed his car into a crowd of counter-protesters.

Conservatives were unanimous in strongly condemning the attacks, on Monday, but not all endorsed capital punishment explicitly. Rep. Dan Crenshaw (TX-2) was quick to speak on the attacks and call for justice. He has also joined Trump in calling for more gun control.

The solutions aren’t obvious, even if we pretend they are. But we must try. Let’s start with the TAPS Act. Maybe also implement state “red flag” laws, or gun violence restraining orders. Stop them before they can hurt someone.https://t.co/2G2pZSWaF1

Fellow Texan and veteran George P. Bush – the son of Jeb Bush – seemed to imply he wanted the death penalty for the shooter. In the post, he compares the El Paso attacker to the terrorists he fought (and killed) in Afghanistan.

The shooter, whose name and face we won’t publish, wrote a short (and poorly written) manifesto. He lists his motivation as being the influx of migrants into Texas from Central America.

Tips for Looking After Your Pet as Well as Possible