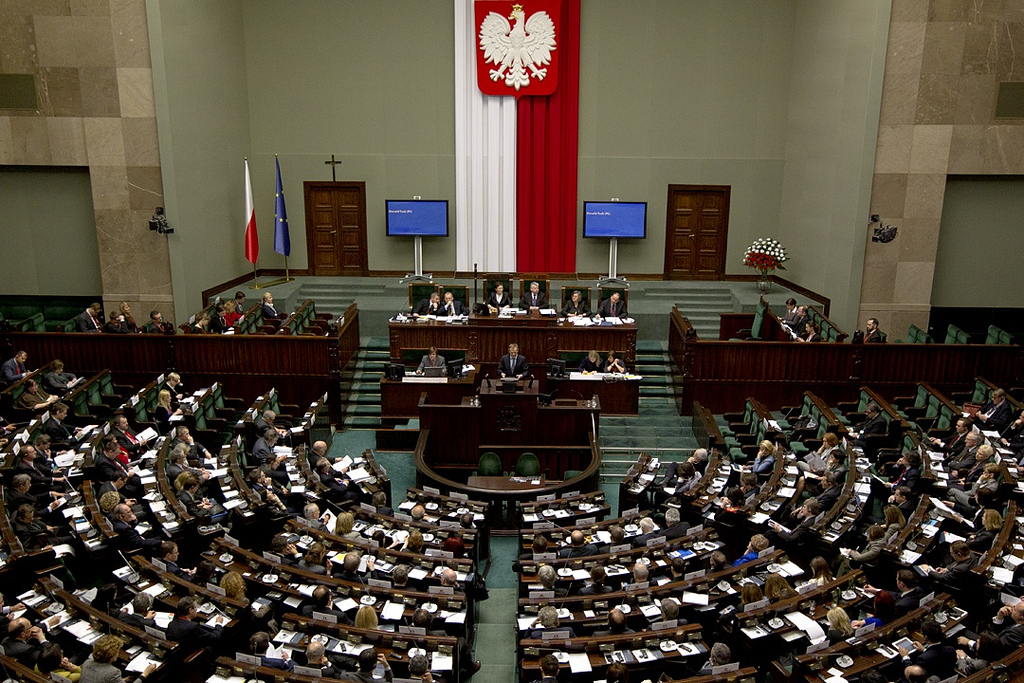 A crushing sweep for conservatives in Poland’s Sunday election means that left-wing parties have been entirely eliminated from the country’s parliament, the Sejm, for the first time since the end of World War 2.

The feat is all the more impressive because Poland uses a proportional representation system where instead of electing individual members, seats are doled out by how much of the vote each party received. To qualify, the United Left, a coalition of Poland’s social democrats, greens, and other left-wing elements, needed to get just 8 percent of the vote– and they couldn’t even manage that.

Instead, the bulk of Sejm seats will be split between two parties of varying degrees of conservatism. The victorious Law and Justice party is skeptical of the European Union, opposes the acceptance of large amounts of migrants, but is also rather protectionist on economics. Civic Platform, the second-place party, is more free-market in its economics and is pro-European Union. Both are quite socially conservative.

Smaller parties are also entirely conservative or moderate. The Polish People’s Party, which just squeaked into the Sejm with about 5.2 percent support, is socially conservative with a strong focus on agrarianism. Kukiz’15, a party founded by punk rocker Pawel Kukiz, is anti-establishment in orientation and popular with young voters, but Kukiz has also displayed a strong social conservatism that makes him a potential coalition partner for Law and Justice. Modern Poland, a reformist party that attracted about 7 percent of the vote, is the only party that won seats in the Sejm that can be easily described as centrist.

The fall of Poland’s left-wing has been absolutely brutal. After World War 2, Poland spent about 40 years as a one-party Communist state. Even after the fall of Communism, the Democratic Left Alliance (one of the parties shut out on Sunday) won electoral victories in both 1993 and 2001, and was still the largest party a mere 10 years ago. Now, it has largely ceased to exist.

The decline of left-wing sentiment in Poland has been seen in other parts of eastern Europe as well. In Hungary, for instance, the conservative Fidesz party and nationalist Jobbik Party hold more than 75 percent of legislative seats following 2014’s election.