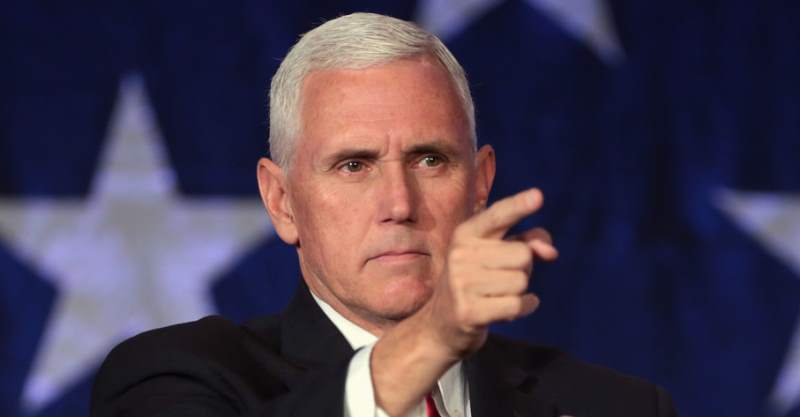 “North Korea is the most dangerous and urgent threat to peace and security in the Asia-Pacific,” the vice president said, standing on the deck of the Nimitz-class aircraft carrier USS Ronald Reagan presently stationed at Yokosuka Naval Base in Tokyo Bay, Japan.

“The United States of America will always seek peace but under President Trump, the shield stands guard and the sword stands ready,” Pence added. “Those who would challenge our resolve or readiness should know, we will defeat any attack and meet any use of conventional or nuclear weapons with an overwhelming and effective American response.”

Wednesday’s speech mark’s the vice president’s second warning to the reclusive regime in the past few days.

“Just in the past two weeks, the world witnessed the strength and resolve of our new president in actions taken in Syria and Afghanistan,” Pence said in South Korea Monday.

“North Korea would do well not to test his resolve — or the strength of the armed forces of the United States in this region,” he further remarked.

Since Donald Trump took office, North Korea has launched at least eight ballistic missiles, and there is evidence that the North is preparing for a sixth nuclear test; however, there is no clear indication as to when the next test may occur.

Pyongyang’s pursuit of ballistic missiles and nuclear weapons has raised tensions between the regime and Washington, which is determined to resolve the North Korea problem once and for all.

The new administration has expressed a desire to peacefully resolve this issue, but the U.S. will not back down from a fight if the North takes on a more aggressive approach. That is the message the administration has repeatedly conveyed.

Daycare Worker Arrested For Slamming Toddler To The Ground

Who Is Carl Vinson?