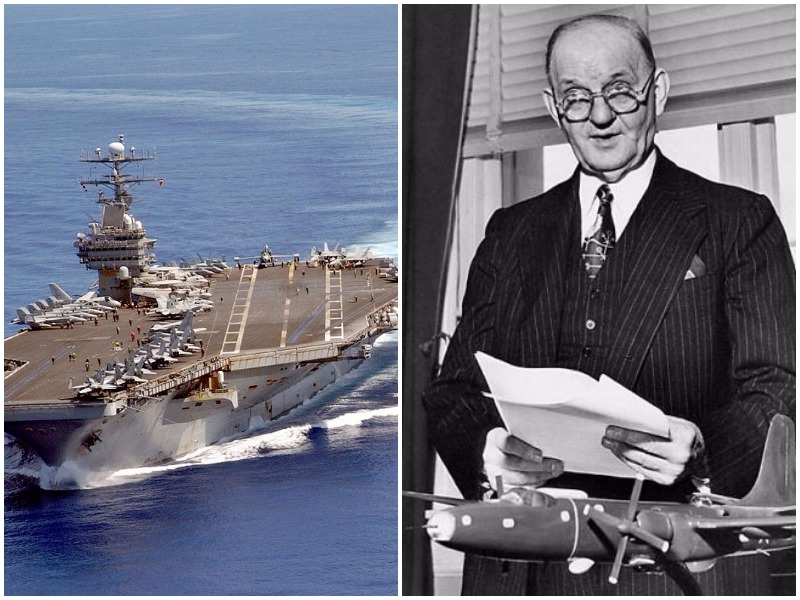 The USS Carl Vinson sailed into prominence last week during the tense standoff with North Korea, but many were left asking “Who is Carl Vinson?”

Other aircraft carriers are named for iconic U.S. presidents such as John F. Kennedy, Abraham Lincoln, George H.W. Bush, and Ronald Reagan. Carl Vinson’s name, however, is all but lost to history, remembered only in conjunction with the aircraft carrier emblazoned with his name.

Carl Vinson served in the House of Representatives for fifty-one years, representing Georgia. While in Congress, he earned the nickname of the “swamp fox” and “the Admiral” due to his interest in U.S. naval affairs. Vinson became the Chairman of the House Naval Affairs Committee in 1931 and played a pivotal role in guiding the U.S. Navy through World War II and the Cold War era.

Vinson’s greatest contribution to the Navy was his 1940 sponsorship of the two ocean navy act, which dramatically increased the naval budget by 70 percent. The bill became known as one of the “Vinson” acts, which spawned a boom in construction of U.S. naval vessels. This increase in defense spending paid dividends in WWII where naval supremacy was a key factor in Allied victories.

Vinson’s 1981 Associated Press obituary notes “Admirals quaked and generals quavered when the tall Georgian called them before the House Armed Services Committee, which he ruled like a potentate for 14 of his 50 years in the House.” The obituary continued, “When President Harry S. Truman began casting about for a new Secretary of Defense, Mr. Vinson was high on the list of prospects. But the Georgian soon ruled himself out. ‘Shucks,’ he said, ‘I’d rather run the Pentagon from up here.’”

Vinson was on hand at the launching of the Nimitz class aircraft carrier that bears his name in 1980 at a ceremony which he described as a ”a fine way to celebrate my youthful age of 96.”

The VA to Utilize Private Sector to Lower Wait Times

Here Are Some Of The Biggest Losses America Faced In 2018