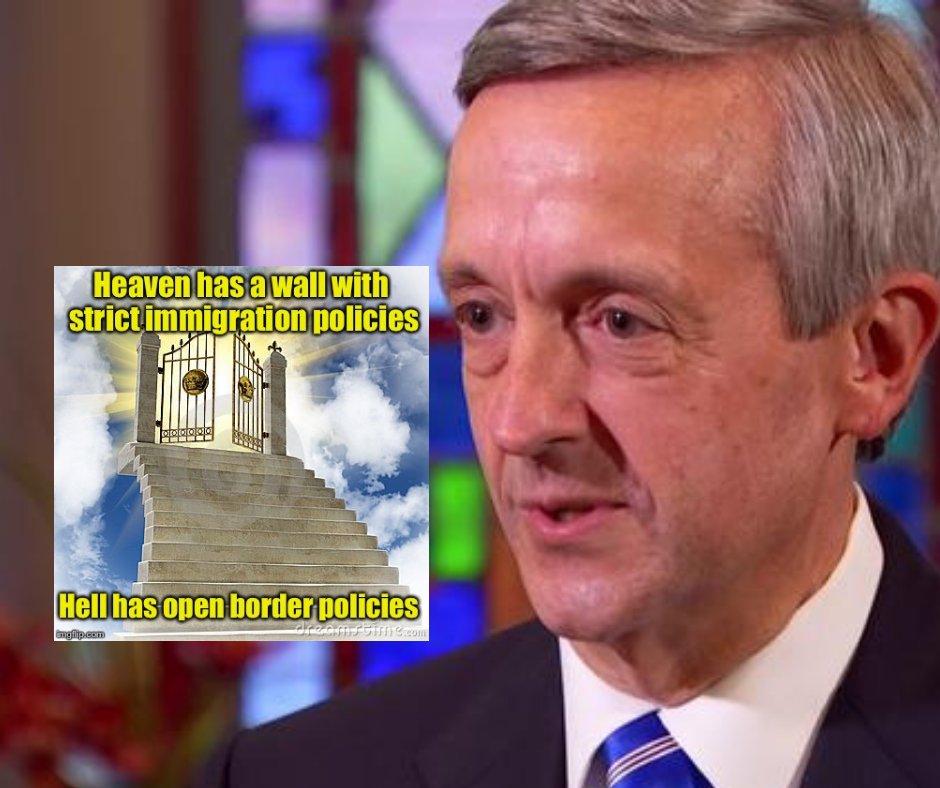 The pastor of First Baptist Dallas Church defended President Donald Trump’s call for a border wall Sunday, saying that even Heaven has a border wall.

Pastor Robert Jeffress, one of Trump’s evangelical faith advisers, made the comment on “Fox & Friends” to argue against House Speaker Nancy Pelosi’s claim that a border wall would be immoral. Jeffress used scriptures from Revelation and Nehemiah to support his argument, claiming that if walls are immoral, then so is God.

“The Bible says even Heaven itself is gonna have a wall around it. Not everybody is going to be allowed in. So if walls are immoral, then God is immoral,” Jeffress said, according to HuffPo.

“The Bible teaches that the primary responsibility of government is to maintain order and keep its citizens safe, and there’s nothing wrong with using a wall to do that,” he added.

Christians are split, however, most clearly along evangelical and progressive lines, over the morality of the wall and the meaning of the passage in Revelation chapter 21 that Jeffress mentioned. Progressive pastor from Tennessee, Zack Hunt, for instance, argued that Jeffress’ use of Revelation to support a modern political argument didn’t make sense, but then proceeded to use his own interpretation of the passage to suggest, in line with a modern progressive worldview, that walls are racist and oppressive.

“Yes, there is a metaphorical wall in the book of Revelation,” Hunt wrote. “But it’s not there to sanctify Trump’s monument to racism, bigotry and fear. It’s there as a subversive message of hope. A promise that one day the walls of exclusion and oppression and fear will be torn down. And the gates of heaven will be thrown open to welcome everyone regardless of race, language, or place of birth.”

Other  Christian leaders argued that the passages in question neither prove nor disprove that walls are moral. Matthew Soerens of World Relief argued that Christians should support policies that secure U.S. borders but should also seek to aid refugees that are specifically fleeing persecution.

“We can and, at World Relief, believe we should advocate for changes to public policies that both ensure secure borders and provide welcome and mercy to vulnerable immigrants,” he added.

Virtually none of the caravan migrants coming to the southern border of the U.S. are fleeing persecution. The majority of the migrants are in fact young males who demand asylum based only on their desire for jobs, a fact that Jason Miller of the Franciscan Action Network seemingly overlooked when asked about the morality of a border wall.

“The United States has a right to secure our border, and we should and we have, but we also shouldn’t turn away those in need, especially those seeking asylum,” Miller said. “Christians especially need to keep that last point in mind, especially those who believe that our nation was founded on Christian ideals.” 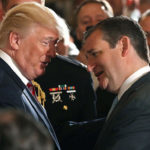 Proposal To Protect President Trump From Primaries Is Tried And Terrible 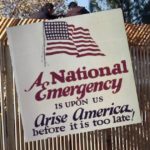