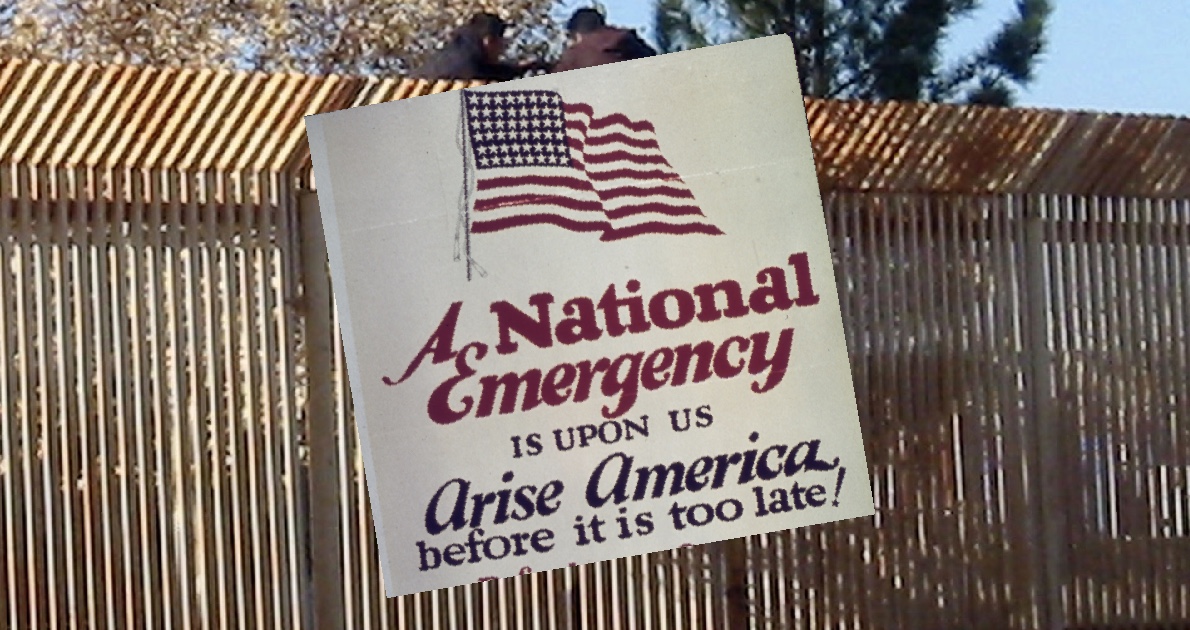 President Trump said on Thursday that he would “almost definitely” declare a state of national emergency to build his border wall and fulfill a central promise of his campaign. Declaring a state of emergency would bypass the congressional process to construct a wall on the United States’ southern border.

“If we don’t make a deal, I would say it would be very surprising to me that I would not declare a national emergency and just fund it through the various mechanisms,” he told reporters as he headed from the White House to Texas to visit the border.

“I have the absolute right to declare a national emergency. I haven’t done it yet. I may do it. If this doesn’t work out, probably I will do it. I would almost say definitely.” “The only way you have a strong border is you have a wall or steel barrier,” President Trump continued.

These comments come on the 20th day of the partial government shutdown, and a day after the meeting held at the White House that was intended to break the impasse between the administration and leading Democrats. The meeting, however, only lasted twenty minutes ending in the president walking out.

Senate minority leader Chuck Schumer said that Trump slammed his hands on the table and stormed out after Speaker of the House Nancy Pelosi denied him funding for the border wall in exchange for  reopening parts of the Federal Government.

“That was a lie … I don’t have temper tantrums. I very calmly walked out of the room. I didn’t smash the table. I should have, but I did not smash the table,” he said. Trump also took to Twitter further denouncing the claims, saying Schumer lied, and that he politely said goodbye when a deal could not be reached.

Cryin Chuck told his favorite lie when he used his standard sound bite that I “slammed the table & walked out of the room. He had a temper tantrum.” Because I knew he would say that, and after Nancy said no to proper Border Security, I politely said bye-bye and left, no slamming!

Referencing his meeting with Schumer and Pelosi, Trump said that he found China to be “far more honorable than Democratic leaders.”  “I think that China is actually much easier to deal with than the opposition party,” he said, referring to talks his administration is having with China over trade.

Trump reinforced his claims that Mexico will pay for the wall on the border which became a sort of rallying cry during his presidential campaign.

“When I said Mexico will pay for the wall in front of thousands and thousands of people, obviously they’re not going to write a check, but they are paying for the wall indirectly many, many times over by the really great trade deal we just made,” Trump said.

However, critics have pointed out that the deal known as USMCA, which the administration has reached with Mexico and Canada to replace the North American Trade Agreement, has not been ratified by the Senate and does not include language that would require Mexico to fund the wall.