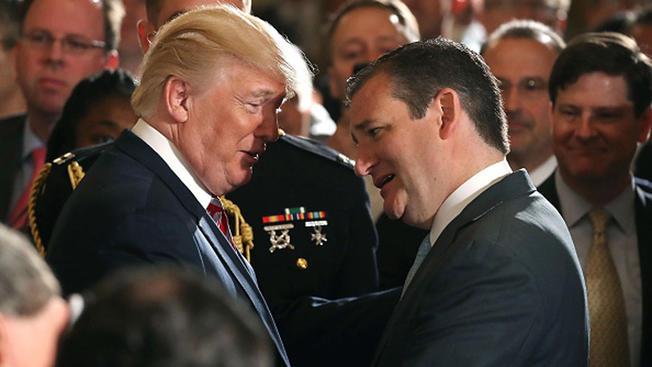 Republican National Committee delegate Jevon Williams proposed that Republicans draft a rule to restrict any primary challenge to a sitting president as a means of preventing infighting, on the first of this year.

Though it is an early entry, Williams’s proposal to protect President Trump is the first round leader in the race for “Dumbest Anti-Freedom Idea of the Year.”

Williams has asked his fellow RNC delegates to make it nearly impossible for a challenger to gain a floor vote at the Republican National Convention in Charlotte, North Carolina. Observers should expect more such efforts as Trump’s adherents try to block even open dialogue about the President’s agenda.

The idea of discouraging primary challenges to a sitting President is hardly new. It hearkens back to the less free era of smoke-filled rooms in which party power brokers, not voters, chose Presidential standard bearers.

Before the latter half of the 20th century, the rules of both major parties made any sort of challenge to the power of the elite and those in power all but impossible. But the post-Watergate reforms, especially in the Republican Party, gave voters effective control over the candidate selection process. Ironically, were it not for these reforms and empowerment of activist individual voters and local organizers, Donald Trump would almost certainly never been nominated.

But Mr. Williams’s notion to discourage primary challenges is particularity disturbing for a number of reasons.

First, such changes would discourage hard-working, local level party loyalists from engaging in the primary process. For a local committee-person, unpaid and powerless, the task of getting out the vote, encouraging contributors, and winning independent support is a labor of passion often based on a feeling that such efforts actually amount to something. Any rules change that diminishes the importance of a primary challenge also reduces the relevance of the very folks the Republican Party needs to build enthusiasm, encourage donations and get out the vote in connection with the 2020 general election.

Second, such changes would reinforce the unfortunate view of many outside Republican ranks that the party is the personal property of Donald Trump, that Republicans do not have any intention of hosting a big tent, and that there is no room in the party for dissent or alternative views. That is a recipe for increasing Republican irrelevance in all but the most committed pro-Trump groupings in the nation.

Third, any curtailment of the primary process will serve to diminish the internal discourse among conservatives and their libertarian colleagues over issues of policy. Talk is useful for generating better ideas; discouraging in any way the great national discourse we have during the primary season every four years can cost us dearly in creativity, collaboration and potential consensus.

Finally, and perhaps most importantly, shutting down the policy debate between Republicans that comes with meaningful primary challenges will only encourage President Trump to feel that only his opinion counts with regard to all matters of national policy. That certainly was not the view of the framers of the Constitution, the political scientists, and practitioners who struggled mightily to craft a government structure of laws, institutions, and principles, not merely the whims of a single chief executive. We have never been a nation of sheep; those who treat us as such have been met with a revolutionary response. The best outlet for disagreement is an orderly, robust, open political system, not a further curtailed and streamlined one.

Our nation requires common practices and party rules for both Democrats and Republicans that encourage dissent and discussion rather than blocking it. Our nation is freer when our discourse is freer.

The Libertarian View Takes On Syria: The War Nearly Everyone In DC Is Wrong About