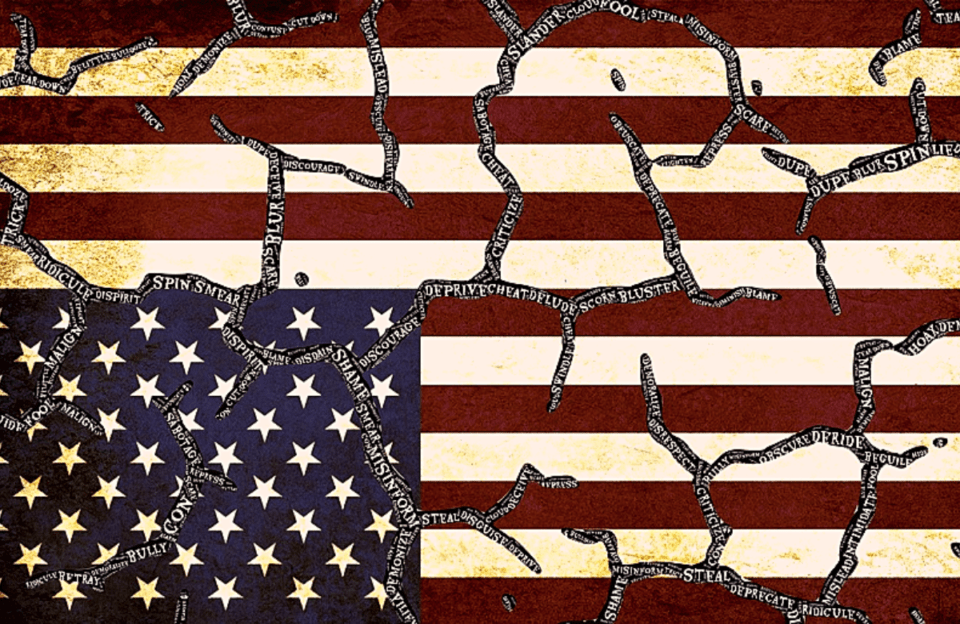 Every aspect of U.S. society seems like it is getting more and more polarized. Politicians tear at each other. The news media and social media are divided between “fake news” and “lies.” Our institutions, including religious institutions, are no longer trusted. Parts of several states want to join a different state. Some states just want to split. The federal government makes Marie-Antoinette look like a conservative money manager.

For a century and a half, the federal government has expanded its powers by diminishing the standing in the union of the sovereign states. And Americans are exhausted by politics.

It’s time to ask the question, can the United States unite? If not, how does it divide? What do the people say? After all, it is their country.

Whatever trust the American people have in their institutions, it is in the military, 73%; small business, 68%; and the police 53%—notwithstanding the absurd “defund the police” movement.

The fifty states are almost equally divided on every policy issue by political camps “Red” or “Blue.”

Even within states, the conservative parts of Oregon want to join Idaho, and parts of northern California want to separate from the rest of California and form their own state.

Pew Research Center finds two-thirds of Americans are “worn out” by the amount of political news.

The Georgetown University Civility Survey found while 80% of voters want both parties to find “compromise and common ground;” yet 67% believe the U.S. is two-thirds of the way to the edge of a civil war. Voters across all demographics believe “…political, racial and class divisions are getting worse.”

What are these polls telling us?

A June 13, 2021 poll by the bipartisan Georgetown University Institute of Politics and Public Service found “… voters now rate ‘division in the country as the most important issue.” Voters believe the level of division is alarmingly high and will get worse in the future. These voters want compromise—at least on the issues of spending and infrastructure. However, on social issues such as abortion and voting rights, both Republican and Democrat voters want members of Congress to fight for their principles.

Simply, the federal government is now separate from its citizens. Government is the ruler and citizens are the servants. Media is the government’s tool to maintain confusion within the electorate so they cannot unite. Being unable to unite, the nation remains polarized and will remain polarized until elected officials begin functioning as fiduciaries to the Constitution and the institution of government in which they serve. Only when the system works for the people, will the people have trust in it.

Part II of this series describes how difficult it is for states to protect their citizens from the federal government. When a State joins the United States, it checks in under the rules of the Hotel California— States can check out anytime they like, but they can never leave. No matter how bad it gets!

How Computer Backup Services Can Protect Your Data?

Tips to Save Money While Shopping and Applying Coupons Codes