When I was a young pup, my father sent a letter to the governor of Missouri advocating a particular cause. As I was already a somewhat precocious young writer, I asked if I could send my own letter along with it. Dad agreed.

I don’t remember much of what was in my letter, but what I do remember makes me shudder in shame. For example, I’m pretty sure that I asked Governor Kit Bond to cap candy bar prices at twenty-five cents apiece. (What can I say, candy bars were an important part of my life.)

This would hardly be the only outrageous request I would make to an authority figure; I once wrote a letter to Santa asking for my own personal flying reindeer. I didn’t specifically request Rudolph—I’d have been happy with his half-brother Randolph, or even one of Blitzen’s bastard kids. I didn’t get any flying reindeer that year and I am still super pissed about it.

Looking back, though—what makes a kid think that the government could (or should) set candy bar prices in the first place? Was I that naive?

Short story: yes. But at least I came by it honestly. My father is a member of the Silent Generation and my mother is a baby boomer. They had a lot of respect for the government and they passed this along to crumb cruncher Chris. And that’s understandable, when you consider the things they saw the government do:

Win a war against fascism on two different continents***

*f#ck this noise though

**no relation to the New Deal

****a mess government created in the first place

******at least the fascists we beat a few years before didn’t help us with this. Wait, what?

Bottom line: our government used to do some really cool shit. If they can put a man on the moon, surely they can keep a Snickers bar from costing more than two bits.

While such micromanaging of the economy may seem like an exaggeration, government actually does far worse things these days. If only their meddling was limited to candy bars. I think of Dr. Malcolm from Jurassic Park: “Your (politicians) were so preoccupied with whether or not they could, that they didn’t stop to think if they should.”

Along similar lines, as a younger Missourian with a mind of mush, I was taught that “right” and “wrong” were roughly equivalent to “legal” and “illegal.” That particular piece of indoctrination is insidious. It takes years, nay, decades to unlearn that once it’s burned into your brain.

Never shy about quoting myself, I refer you to a high school philosophy paper I wrote in January 1990 humbly titled “Morrillism.” It included these wonderfully clueless nuggets of ‘wisdom’:

Substance addictions have been given a bad name. To be completely honest, some of these little habits can be very important.

It’s okay to be hooked on something as long as…

(In retrospect, I was simply justifying my own addictions to coffee and cheap beer.)

Then, later on in the same paper, I doubled down on the inanity:

What makes you happy? This is one thing where almost everyone differs. Here is the key to happiness (at no charge!)

Oh, what a sweet summer child I was. So sweet it’s amazing that I didn’t give myself type 2 diabetes. (You can tell, however, that I have at least always been consistent about one thing: being a cheapskate.)

I can’t solely blame my parents or grandparents for instilling me with a respect for government and a legality-based view of morality. No, my schools did a lot of that too.

When we were taught history, specifically the early days of the country after the Revolutionary War, the Articles of Confederation were given extremely short shrift. My teachers, both in my public high school and my state college, talked about the Articles in much the same way that the school nurse might talk about head lice.

The recurring theme: the Articles of Confederation had to be replaced, because the national government it formed was too weak to get anything done. A weak government! Oh, the horrors!

As an adult, I look back on this and think: a federal government too weak to get anything done sounds pretty kick ass! In my old age, I would be fine with the Articles being brought back, plus the Bill of Rights and some language mirroring some of the subsequent amendments (most notably 13, 14, 15, 19, 24, and 26.) (Notice I didn’t mention Amendments 16 and 17, both of which should be killed with fire. Much like head lice.)

I remember another sweet innocent question that I asked my parents as a tot: “Do the police have to follow laws?” And its companion question: “Who arrests police if they do wrong?” They didn’t have a good answer for either question. America is still struggling with this in 2020.

In my old age, I have grown to become quite skeptical of activist government. I also now know that legality does not equal morality; far from it. I have lost faith in both government and Santa Claus.

Santa Claus and government really aren’t that much different.  One doesn’t exist and the other really shouldn’t. In any event, you shouldn’t be counting on either for free stuff or moral guidance.

If it sounds like I’m evolving (or devolving) into an anarchist, maybe you’re onto something. 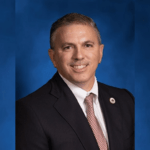 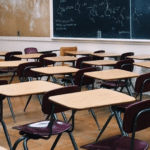