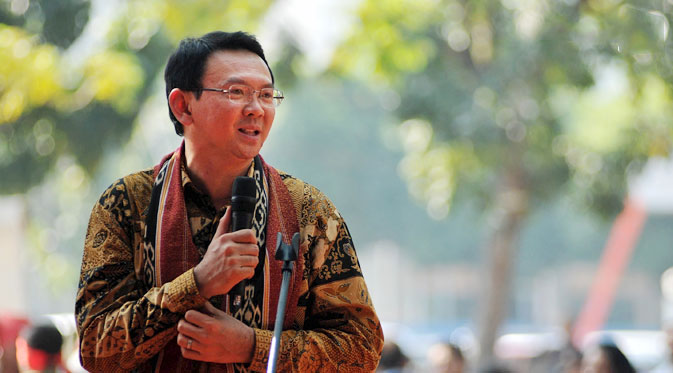 The first Christian governor of Indonesia’s capital city in decades was sentenced to two years in prison Tuesday for blasphemy against Islam.

The harsh sentence is perceived as a critical blow to religious tolerance in the world’s largest majority country, reports Reuters. The governor of Jakarta, Basuki Tjahaja Purnama, was “found to have legitimately and convincingly conducted a criminal act of blasphemy,” a judge declared Tuesday. Purnama intends to appeal the ruling.

The governor, a political ally of President Joko Widodo, was taken to a prison in East Jakarta.

Indonesia’s blasphemy controversy emerged in September, when an incorrectly-subtitled video of the governor criticizing those who claim that the Qur’an prohibits Muslims from having a non-Muslim leader surfaced online.

Hundreds of thousands of Indonesian’s marched on the capital in protest. A riot in November involving around 100,000 people turned violent, killing one and injuring a dozen others. A few weeks later, roughly 200,000 conservative Muslims rallied in the Indonesian capital to protest Purnama, who is known as “Ahok” by his supporters. There were more huge protests in February, and thousands more Muslims marched on Jakarta in March of this year to demand Purnama’s arrest.

The protests were reportedly organized by hard-line and radical Islamic groups, such as the Islamic Defenders Front.

Purnama lost his bid for re-election to Muslim rival Anies Baswedan in April. He will surrender his position to his opponent in October. If Purnama’s appeals fail, he will not be allowed to hold public office even after his release.

Hardliners called for the maximum penalty — five years, but he was given a reduced sentence.

When the verdict was announced, many of Ahok’s supporters declared the trial a farce. Many were angry, and others reportedly cried openly. Purnama enjoyed popularity as the governor of Jakarta.

Human rights organizations believe that Purnama’s fall represents a major setback for Indonesia, where most Muslims practice a moderate form of Islam in a country that is relatively tolerant of Buddhists, Christians, and Hindus. “If someone like Ahok, the governor of the capital, backed by the country’s largest political party, ally of the president, can be jailed on groundless accusations, what will others do?” asked Andreas Harsono of Human Rights Watch, according to Reuters.

No, The Code Pink Activist Wasn’t Arrested For ‘Laughing’ At Sessions Hearing