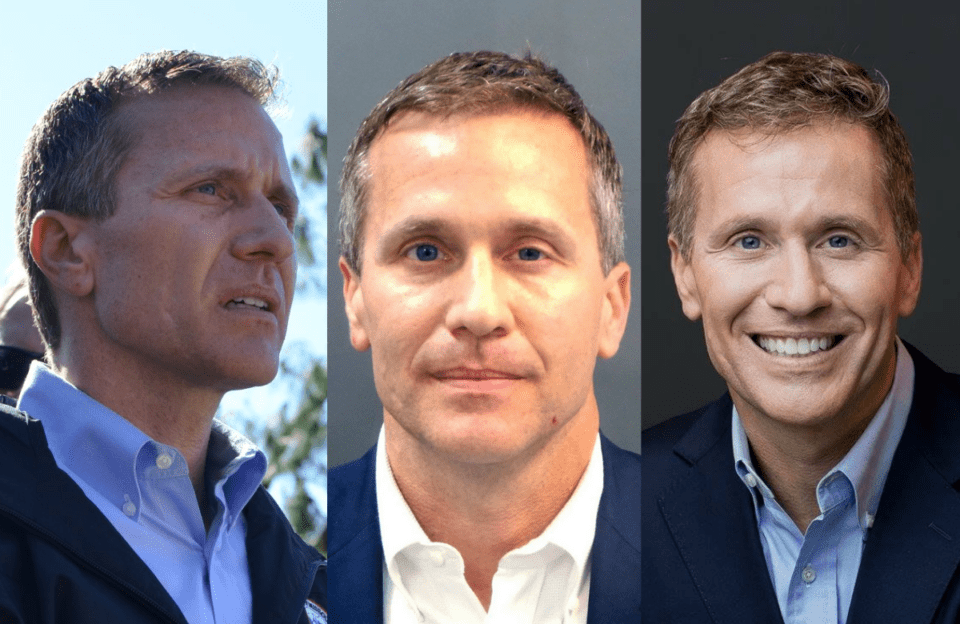 I care about guns. It’s “my issue”. I’m a gun advocate. It’s why I tune in to politics.

Right now, in the midst of Biden attempting to take our guns, the only thing stopping the federal government from dismantling the Second Amendment is a moderate Democrat in the United States Senate. Just one more vote and they’ve got all the cards.

The 2022 U.S. Senate elections will determine if we hold the line or falter, finally, after 244 years as a great nation. All eyes and ears are on Missouri, where the safe Republican Senate seat has just been put back into play with Roy Blunt’s retirement. Leave it to Missouri to pull off another ‘legitimate’ Todd Akin mistake.

Missouri is a +9 Republican state, meaning the Republican candidate should win by about 9% on average. Republicans would have to try pretty hard to screw this up. Enter weaselly adulterer Eric Greitens.

The disgraced, now twice-divorced former Governor has announced that after resigning amid scandal as governor, he will be running again as a Republican in the 2022 midterm elections for U.S. Senate. Worse, he seems poised to carry enough of the Republican vote to win the nomination, but lose the seat handily to any Democrat polled against him.

This spells disaster for the Republican party in both Missouri, and DC. Party leadership everywhere is hoping someone emerges who is better suited to win the general. Losing the Senate would be detrimental to the razor-thin edge that Republicans are holding onto in Washington.

So far, no one challenging Greitens for the nomination has polled within striking distance. Meaning Republican voters in Missouri are weighing their options and deciding they’d rather take a chance on the thieving, mistress-abusing narcissist than on another establishment status-quo politician.

The only silver lining is that there’s still time for someone else to emerge. Granted, it’s a long shot.

Missouri would need someone to challenge Greitens that is a true “outsider” and who could compete with his military experience. Someone who has the conservative credentials to hold the grassroots’ faith, and has a personal and professional record that Republican Party voters in Missouri could be proud of.

This candidate would need to have it all AND have the resources to be competitive. Sadly, the chances of a candidate emerging like this are slim. Missouri Republicans wait, holding their breath and bracing for another Akin or Greitens-esk embarrassment to unfold.

Missourians and Americans everywhere are now waiting for a leader to emerge. The leader we need is a Christian missionary, businessman, and veteran who has created real opportunity for the people of Missouri.

Time will tell if this leader will step up and answer the call.