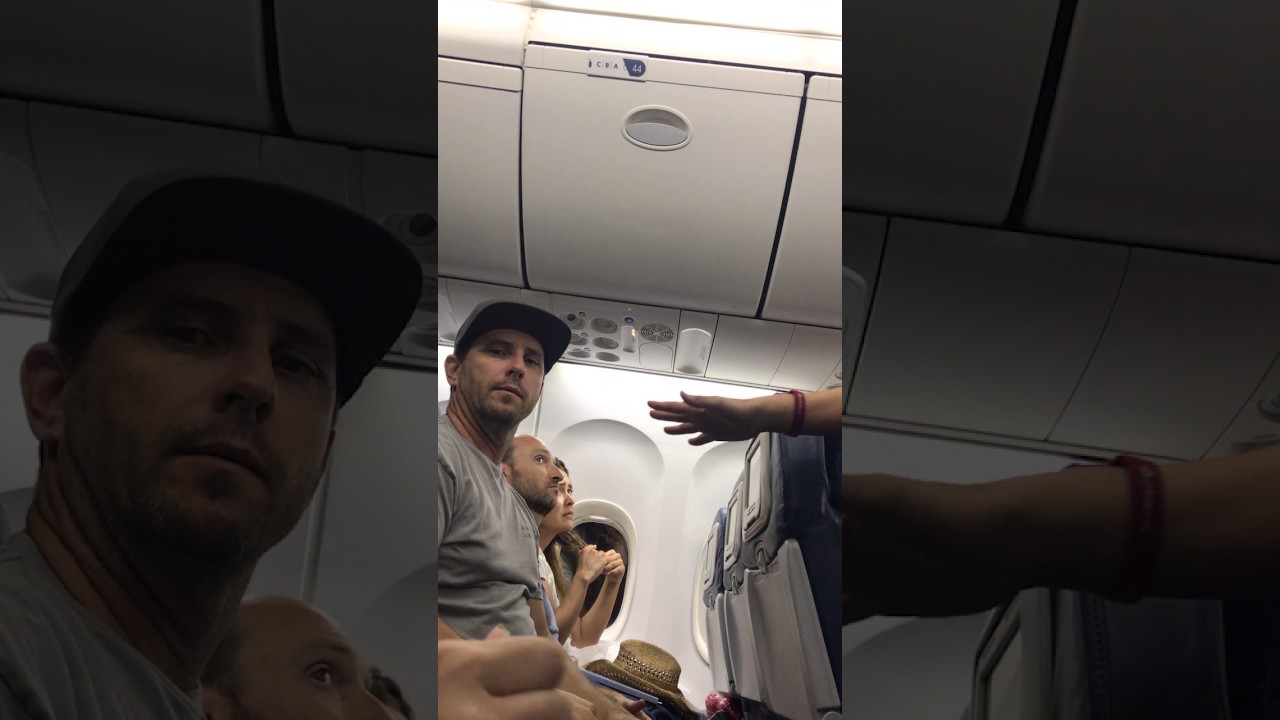 Parents in California were almost imprisoned when they boarded their plane in April, after officials threatened to charge them with federal offenses and place their two infants in foster care.

Employees (either of the airport, Delta Air Lines, or both) notified Brian Schear that he and his family must leave the apparently overbooked plane traveling from Maui to Los Angeles. The father of a one year old and two year old originally says authorities will have to remove him from the plane.

“Then it’s going to be a federal offense and you and your wife will be in jail,” a woman off-screen can be heard saying, before seeming to mutter “and your kids will be in foster.” The video, which was uploaded Wednesday, has already garnered over 430,000 views.

“So we’re going to be in jail and my kids are going to be what?” Schear asks, somewhat astounded by her response. “I bought that seat … you need to do what’s right. I bought the seat. So you just need to leave us alone,” Schear continues calmly, but clearly disturbed.

A woman two seats over can be seen nervously playing with her hair through most of the 8-minute video, also apparently upset with what was unfolding.

Schear says his teenage son went on an earlier flight home so that his seat could be used for one of their infants, rather than the baby having to sit on one of their laps.

Delta employees assert that Federal Aviation Administration (FAA) law requires the name on the ticket to match the person occupying that seat. The officials also claim that their baby cannot take their other kid’s seat even though they paid for both of them because children 2 years old or younger aren’t allowed to occupy a seat.

But whether that is true seems dubious. Delta’s official rules say infants and children less than 2 years old can either be held in parents’ arms or placed “in an FAA-approved child restraint.” (RELATED: Mother ‘Livid’: Watch This TSA Agent Thoroughly Pat Down A Child)

“Did you know that the safest place for your child on an airplane is in a government-approved child safety restraint system (CRS) or device, not on your lap?” FAA’s “Flying with Children” rules read. “Your arms aren’t capable of holding your child securely, especially during unexpected turbulence.”

The FAA “strongly urges you to secure your child in a CRS [child restraint system] or device for the duration of your flight. It’s the smart and right thing to do,” the rules continue.

“I paid for this seat. This is what’s ridiculous,” Schear says after explaining his reasoning for the purchases. The employee talking to Schear at one point tries to promise him that they are trying to help.

Eventually, after an exhaustive back and forth, the father and his family exited the aircraft at around midnight. They were forced to find a hotel room and pay $2,000 for another flight home the next day, reports a local ABC News affiliate.

“You have to give up the seat or you’re going to jail, your wife is going to jail and they’ll take your kids from you,” Schear recalled the airline staff telling him, according to ABC7.

“As a mother, you have a 1-year-old and a 2-year-old — it doesn’t matter whether that’s true or false. It put fear in me,” the wife and mother said.

The Schear family says the airline reached out to them Wednesday, only after they posted their encounter on Facebook and YouTube. (RELATED: United Airlines Shares Fall After Passenger Dragged Off Plane)

“We’re sorry for what this family experienced,” Delta said in an official statement to ABC7. “Our team has reached out and will be talking with them to better understand what happened and come to a resolution.”

Delta reportedly clarified that the family was not removed from the plane because the flight was overbooked.