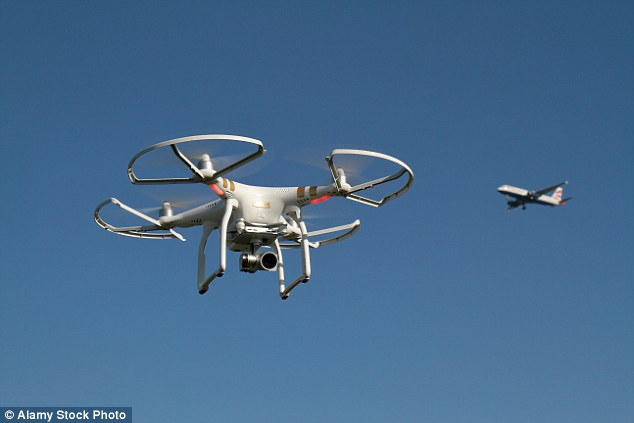 An unidentified drone flew within roughly 20 meters of a plane in the U.K., according to a recently released monthly report of near misses.

Pilots of an Airbus A320, a commercial passenger jet airliner, said he saw a large drone (unmanned aerial vehicle) flying near its aircraft, estimated to be less than 100 feet away and “possibly within the wingspan.”

The pilot also noted that there was a “distinct possibility of damage,” and that the risk of collision was deemed “high.”

“Members agreed that the position and altitude of the drone … and that the reported separation was such that providence had played a major part in the aircraft not colliding,” according to the official report.

The drone operator could not be identified, according to a recently released report conducted by the U.K. Airprox Board, an aviation safety authority in the country.

The “blue and disc-like” structure also “may have been of a custom built configuration and not a mass-produced quad-rotor.” (RELATED: Drone Delivery: Amazon Chose UK Over US Because Of Fewer Regulations)

With the popularity of drones exponentially growing, such situations aren’t completely unusual.

The latest report form the Airprox Board states that another pilot during a separate incident was heard saying, “Was that a drone? At 10,000 feet!” While the risk of collision was categorized as “Medium” the pilot said the drone “passed just below the right wing.”

A passenger plane flying over an elementary school in the U.K. in September also reportedly almost came into contact with a UAV.

Police were notified of the incidences, but none of the owners or operators were able to be identified following investigations.

Pursuant to U.K. law, large drones are not allowed to fly above 120 meters, or near airports. Drones that weigh 7 kg or less do not have altitude restrictions.

Investment Firm To Use Bitcoin To Avoid US Sanctions On Iran