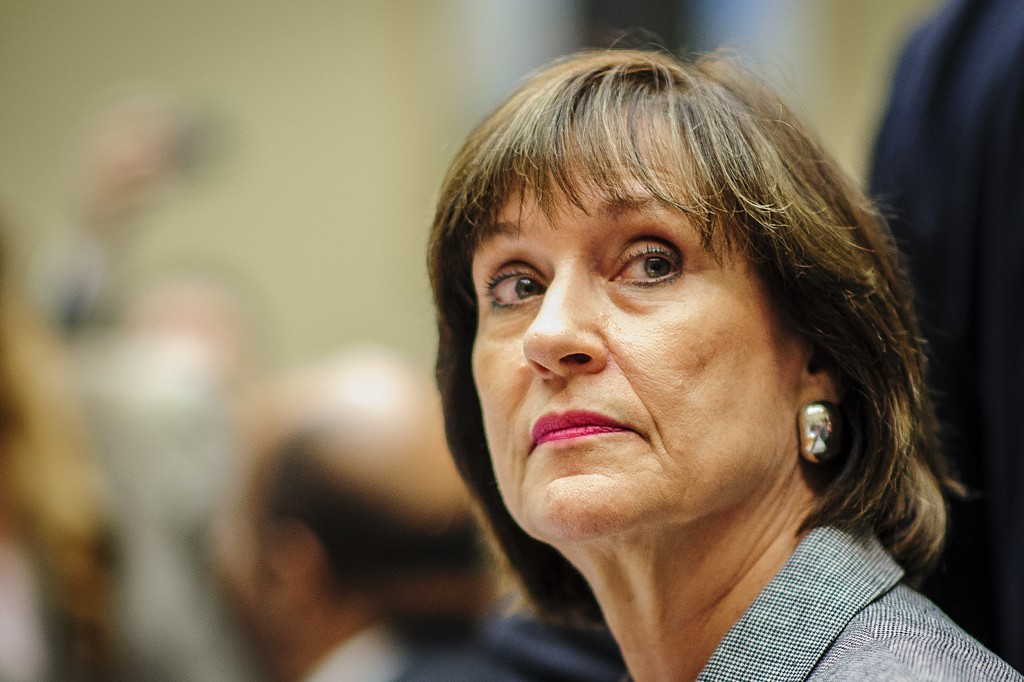 DOJ claims no political motivation behind the IRS targeting of conservative groups. But that’s not the true IRS scandal.

If conservatives and liberty lovers ever expected the executive branch to investigate itself as swiftly and vigorously as they investigate the American public, then they were sadly mistaken fools–hopeless romantics longing for table scraps from that fickle lover, the State.

Yet, if I may extend the metaphor, these hopeless romantics do have the power to walk away and change their station, but they must pull at the problem by the roots. A reform of their relationship is not enough. They must attempt to sever their ties altogether no matter the struggle involved. They must give up their love of the State even when they possess it.

And I believe we, liberty lovers, are at such a point in our relationship with the federal bureaucracy.

When Murray Rothbard called the government a, “”gang of thieves writ large — the most immoral, grasping and unscrupulous individuals in any society,” he wasn’t engaging in hyperbole. He was describing the federal bureaucracy with exquisite precision. The government is not in the business of limiting its own power, and the recent exoneration of the IRS and Lois Lerner (who was infamously held in contempt of Congress after pleading the 5th) by the Justice Department after the IRS admittedly targeted Tea Party groups, only adds to the evidence that the executive branch will protect its own family at all costs much like a “gang of thieves writ large.”

Even though they live at the expense of others, thieves still have a code they live by: don’t eat your own.

Yet, rather than focusing on this problem of state power and its institutional bias, Tea Party conservatives claimed the intrusive nature of the IRS questionnaires regarding their tax-exempt status is clear evidence of “political” motivations to discriminate against conservatives groups by hindering their organizing activities before a major election. Of course, this sets up Democrats and federal bureaucrats (but I repeat myself) to counter that there were no political motivations behind the targeting.

Put more precisely, it is a way to ostracize fleeting partisan political activities in order to defend institutionalized political power at the root of the problem.

Partisan bickering is a perfect foil for exonerating the abuses of state power.

And on the question of the IRS scandal, such partisan squabbling was always sure to fail the Tea Party’s hopes for justice. And now it has failed them.

There will be no charges against former IRS official Lois Lerner or anyone else at the agency, the Justice Department said in a letter.

The probe found “substantial evidence of mismanagement, poor judgment and institutional inertia leading to the belief by many tax-exempt applicants that the IRS targeted them based on their political viewpoints. But poor management is not a crime,” Assistant Attorney General Peter Kadzik said in the letter.

The IRS scandal exploded in May 2013 when Lerner answered a planted question at an American Bar Association event and apologized for inappropriately scrutinizing some groups applying for a tax exemption. Her response fueled a full-on scandal within hours that shook the Obama administration. Congressional hearings were held within weeks and the interim leader of the IRS was forced from office.

The IRS mishandled the processing of tax-exempt applications in a manner that disproportionately impacted applicants affiliated with the tea party and similar groups, leaving the appearance that the IRS’s conduct was motivated by political, discriminatory, corrupt, or other inappropriate motives.

The DOJ’s conclusion makes one ask: what if the average citizen exercised poor judgement, mismanagement, and an “institutional bias” in reporting his taxes to the government? Wouldn’t this be considered a crime?

Ah, but the difference is this: the government is the authority. The citizen is not. You would think such an arrangement is antithetical to the nation’s found principles.

You see, whether intentional or not, the laziness of our language in making every government abuse a partisan political fight only serves to protect state power, a power held by no one person or party but held in common within the institution. Such state institutions seem to always stand above the law when compared to the people they “serve,” and the IRS as such an institution has a predatory history as a toll-keeper for state power.

Note that most partisan politicians do not consider it political abuse to use the tax code to “promote family values” or “alleviate poverty.” They do not see it as abusive to use the tax code to shape society to their heart’s desire. Though some may argue taxation is a “price tag” for the public goods “we” need, the reality of the situation is much worse, as the IRS is used as an aggressive, coercive force in society to manipulate the behavior of the population and whip us into shape.

Yet again, this is not considered to be “political abuse” by most politicians. This is not considered to be “unfair” by our enlightened public servants. What most statists consider to be “unfair” is when the government cannot take more wealth from the population, and what most politicians consider to be “abuse” is when political power is used against them by other politicians.

They only call the game “unfair” or “rigged” when they don’t like the outcome. They hate the players but are absolutely in love with the State.

Bottom line: for most people with state power, the only time political abuse and inequity exists is when their state power is diminished or used against them because state power is by definition self-serving at the expense of others.

With this perspective, I can only view the partisan back and forth between the Democrats and Republicans over the most recent IRS scandal as merely a symptom of a much larger societal disease. I would much rather focus on the true scandal surrounding the IRS:

The IRS exists and is categorically political, exploitative, and destructive in regards to human prosperity; it is the pith of what defines the State; it is not only not needed but is antithetical to any society that wishes to uphold and respect human dignity and call itself free and just.

If we wish to remove political abuse and favoritism from our society, merely remedying the symptoms of a much larger problem will not do. We must weed out the injustice and unfairness of the tax code from its roots.

We must abolish the IRS!