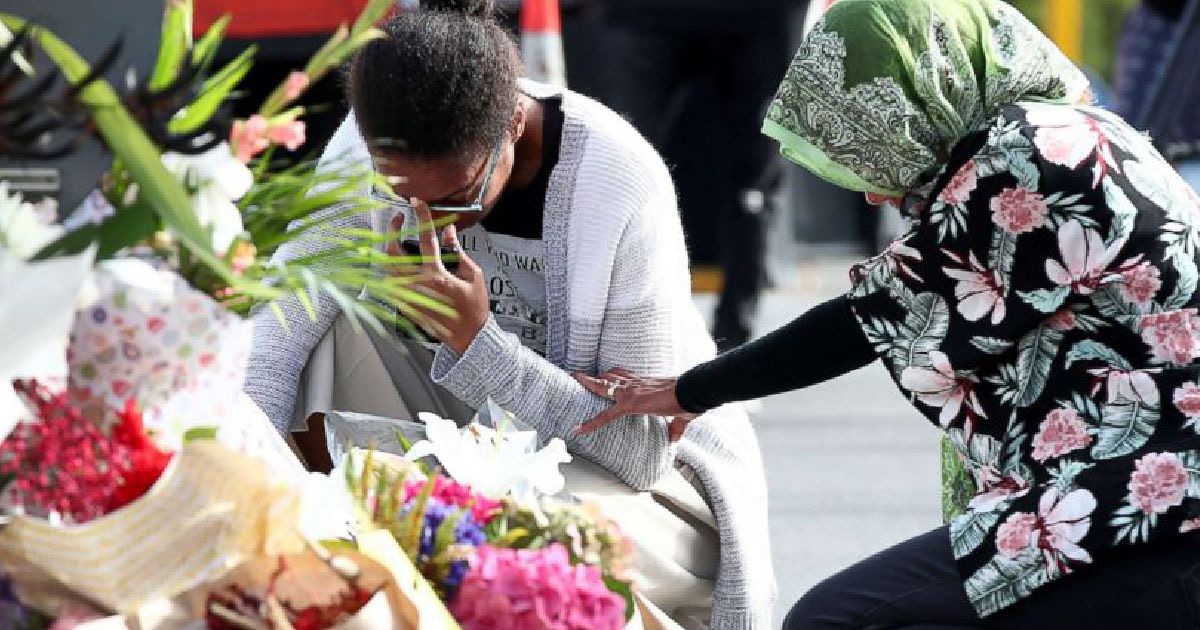 Two weeks after 50 people lost their lives in New Zealand, it is easy to find opinions about why this happened, who’s to blame, and what should be done. What isn’t easy to find is the shooter’s manifesto.

The tragedy was immediately politicized. And immediately, in our collective fear and sadness over the tragedy, we childishly cast Voldemortic silence over anything that could be traced to the shooter’s digital fingerprints. New Zealand has even criminalized sharing the manifesto.

This has been a mistake that has played directly to the shooter’s expressed desire: to divide us.

Most of the original links created by the terrorist are no longer hosted by the websites where they were originally posted. Facebook has barred users from sharing the original links to the document through all of its platforms. If you have a copy now, it was probably personally downloaded.

Twitter-verified journalists immediately warned the world that deep layers of subtext lie hidden between the 74 pages of stolen poetry, ethno-nationalism, and Alex Jonesian conspiracies that make up the manifesto. Meanwhile, those same individuals report the news exactly as the killers desired.

The media, the self-governed gatekeeper of knowledge, should hold itself accountable.

Only after being very clear about his path to radicalization does the terrorist satirically plant the names of Donald Trump, Fortnite, Spyro the Dragon, and Candice Owens in his ravings. These names, along with the name PewDiePie, were slanderously mentioned by the shooter to draw clickbait.

Before the victims were cold and in the ground, media outlets reported – without the context of the manifesto – that the shooter may have earnestly been trained to kill on a game rated E for everyone.

I have not provided links to such articles in recognition of the silence their authors gave to the facts that they either ignored or didn’t take the time to discover. It is easy to find such articles on Facebook and Twitter. It is much harder to find the manifesto they claim to be reporting on.

The Society of Professional Journalism, the oldest American organization devoted to the ethical practice of journalism, describes four basic pillars of the profession. The first two are, “Seek Truth and Report It” and “Minimize Harm.” By ignoring the context of the shooters words and, instead, nitpicking for clickbait, reporters ignore the principles of transparency and diligence.

This is malpractice on the part of those journalists. Although earnestly adopted in the name of limiting the spread of extremism, willful ignorance doesn’t protect us. It makes us vulnerable.

Within the manifesto’s pages, the shooter tells the world where he falls politically, and methodically details his motivation for killing. The terrorist sought to accelerate the world along a perceived course toward open political violence.

Our media has become so predictably partisan that it is being used by terrorists.

He wanted guns and youth internet culture to be blamed. He wanted to tie himself to the young conservatives and to white men. Most importantly, he wanted the journalists he would attract to value their political predispositions above their ethical duties: to have all the facts and tell the whole truth.

On the day of the shooting, journalists raced to keyboards to publish pieces like, “What the New Zealand Killer’s Manifesto Tells Us About the Radicalization of White Men” and “Alleged New Zealand Mosque Mass Shooter’s Manifesto Praises Donald Trump As ‘Symbol Of Renewed White Identity.’”

And of course, major outlets did not forget to use the tragedy to write derisively about YouTube and Felix Kjellborg (AKA PewDiePie) – just as the terrorist wanted.

The shooter paints a picture of a world where his attack inspires a reaction from the general public that demonizes the right. He envisions a reality where liberals feel morally obligated to support radical gun and speech controls that would force conservatives into the corner with white nationalists.

In his words, he wanted “To add momentum to the pendulum swings of history, further destabilizing and polarizing Western (sic) society.”

He wanted divisive politics and he said as much. We are giving it to him.

It is the duty of the fourth estate, the news media, to not participate in or misrepresent evil.

The shooter claimed he wanted to survive his attack specifically so he could “spread [his] ideals by media coverage.” Already, his courtroom antics are drawing headlines.

The shooter admitted he chose to use firearms to incite a media reaction. He couldn’t have imagined even his jokes would be so seriously used to divide.

The shooter has been labeled both “far left” and “far right” by media to cast collective blame on their political foes. But the killer expressly disavowed the right and left. He called himself an eco-fascist white-supremacist devoted to fighting violently against racial and cultural mixing.

The western world is being failed by a news media that is trying to drive out darkness with darkness.

We can do better.

Although journalists are not held to any particular ethical code by any presiding body, they are perhaps the most vulnerable group to decisions made in the court of public opinion.

This is a call-out. Don’t push the pendulum.