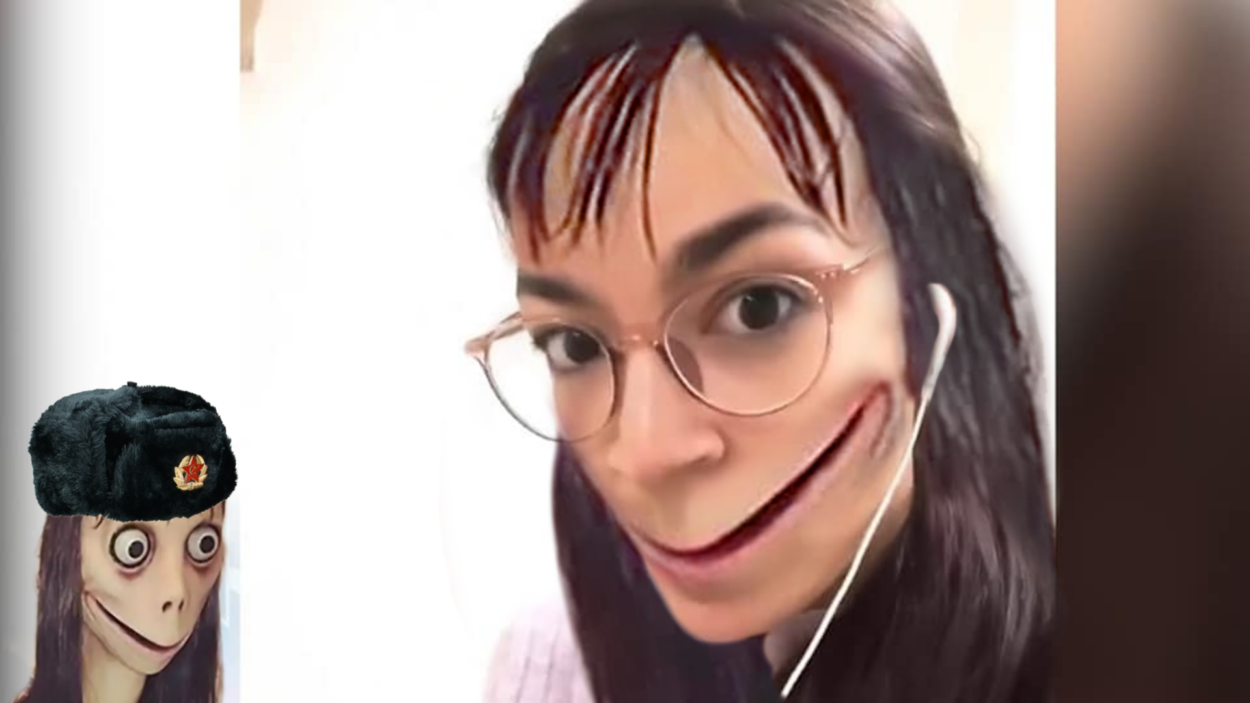 What began as a viral hoax called The Momo Challenge has taken a very dangerous turn after a copycat has taken it to the next level.

The original hoax stated a character named Momo was popping up in kids YouTube videos and instructing children to commit self harm.

The hoax quickly became a paranormal urban legend of sorts.

However, a copycat has embraced what was a hoax and is using it to target children, challenging them to starve to death. Much like the previous Momo Challenge hoax, the media has been complicit in giving the starvation challenge attention.

The copycat behind the starvation challenge has been identified as Alexandria Ocasio-Cortez. She is showing up in various media, promoting ideas that would lead to the collapse and ruin of our society.

This challenge is based on a scheme called Marxism, and parents should be worried. It’s historically responsible for millions of deaths.

Officials from several schools have reported hearing different variations of these challenges. One student may be talking about eliminating air travel so people can’t escape easily. Another student may be calling for cows to be slaughtered. Others discuss destroying the dollar through extreme printing, spending and disincentivizing employment.

The goal is to create a period of mass starvation, and for kids to compete against each other in a game of who can starve to death first. The loser is assigned hard labor.

History teachers across the country have been trying to sound the alarm at their schools about the dangers of this challenge.

Some have been calling on Alexandria Ocasio-Cortez to stop preying on children who only have utopian mindsets, and who don’t understand the ramifications of this challenge. Alexandria has defended herself by stating she is technically not preying on them because she doesn’t know the difference either.

While the scheme is aimed at children, full grown adults seem to be getting drawn into the challenge as well.

“Is crippling poverty, famine and death really such a horrible thing so long as my heart was in the right place leading up to it?” one parent reasoned.

“It’s not my job to understand economics,” he continued. “I’ll leave that to the politicians. I’m just glad we have one like AOC. She’s so relatable. We share the same economic views.”