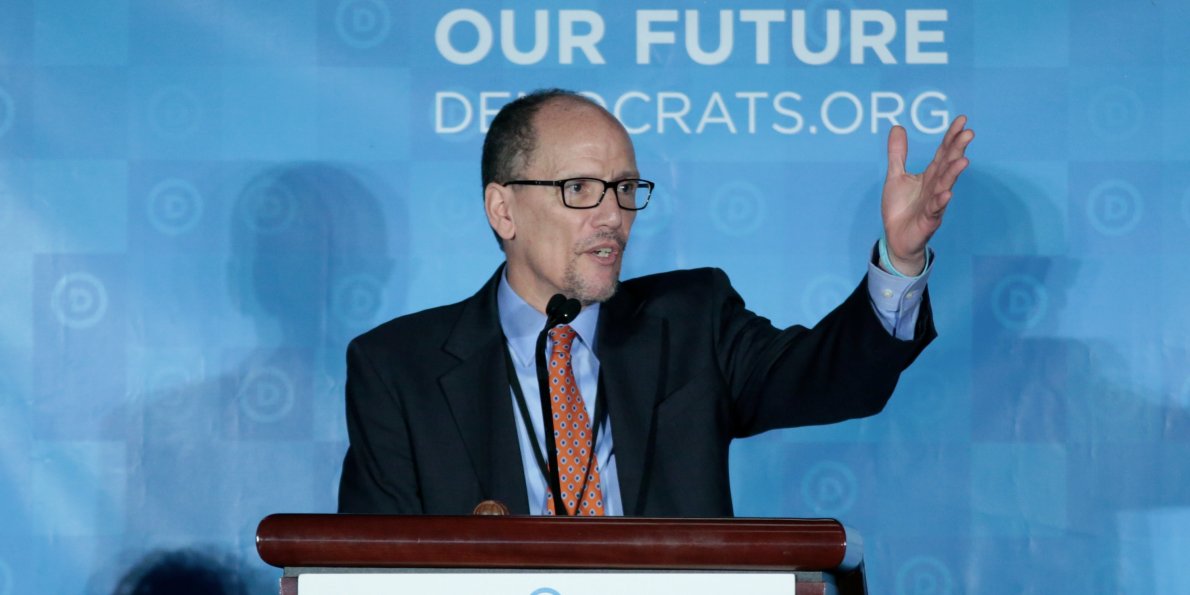 Democratic National Committee Chair Tom Perez called President Donald Trump a liar and suggested he “rigged” the election during a Sunday appearance on “Meet The Press.”

“How do you unite this party without making it an anti-Trump party as way to unite it?” Chuck Todd asked the new chair. “Our unity is our greatest strength, and frankly, our unity is Donald Trump’s worst nightmare,” Perez said in what sounded very similar to 2016 Democratic presidential nominee Hillary Clinton’s campaign slogan of “Stronger Together.”

“He’s already tweeting this morning about the election being rigged,” Perez noted, in reference to a Sunday morning Trump tweet regarding the DNC chairmanship vote. “Frankly he ought to be looking at the U.S. election last November through a special council,” Perez added.

The race for DNC Chairman was, of course, totally "rigged." Bernie's guy, like Bernie himself, never had a chance. Clinton demanded Perez!

Perez’s tough rhetoric hints at the strict anti-Trump line the DNC is widely expected to take under the new chair.

Perez defeated Minnesota Representative Keith Ellison in a tight Saturday race for the chairmanship. The vote went to a second round after Perez fell one vote shy of the 214.5 needed to win on the first ballot. Perez defeated Ellison 235 – 200 on the second ballot. After it was clear Perez was going to win, pro-Ellison forces began to chant,”party for the people, not big money.”

Perez’s win is considered a victory for the establishment wing of the party, which backed the former president’s top supporter of the Trans-Pacific Partnership. The champion of president Obama’s overtime rule and other labor policy positions, Perez had the backing of Obama administration colleagues including former Vice President Joe Biden and former Attorney General Eric Holder. He was strongly considered to serve as Clinton’s running mate before she chose Virginia Senator Tim Kaine. (RELATED: The Democrats Selected A Pro-TPP Chairman To Lead Party Into 2018)

Ellison was supported by the progressive, and leftist factions, with Vermont Senator Bernie Sanders headlining his list of endorsements. Ellison faced steady resistance from establishment Democrats who were wary of the converted Muslim’s past ties to the Nation of Islam, Black nationalist groups and anti-Semitic comments. (RELATED: Longtime Democrat Alan Dershowitz To Leave Party If Ellison Elected Chair)

CPAC Panel: End The Subsidies For Solar, They ‘Only Help The Rich’