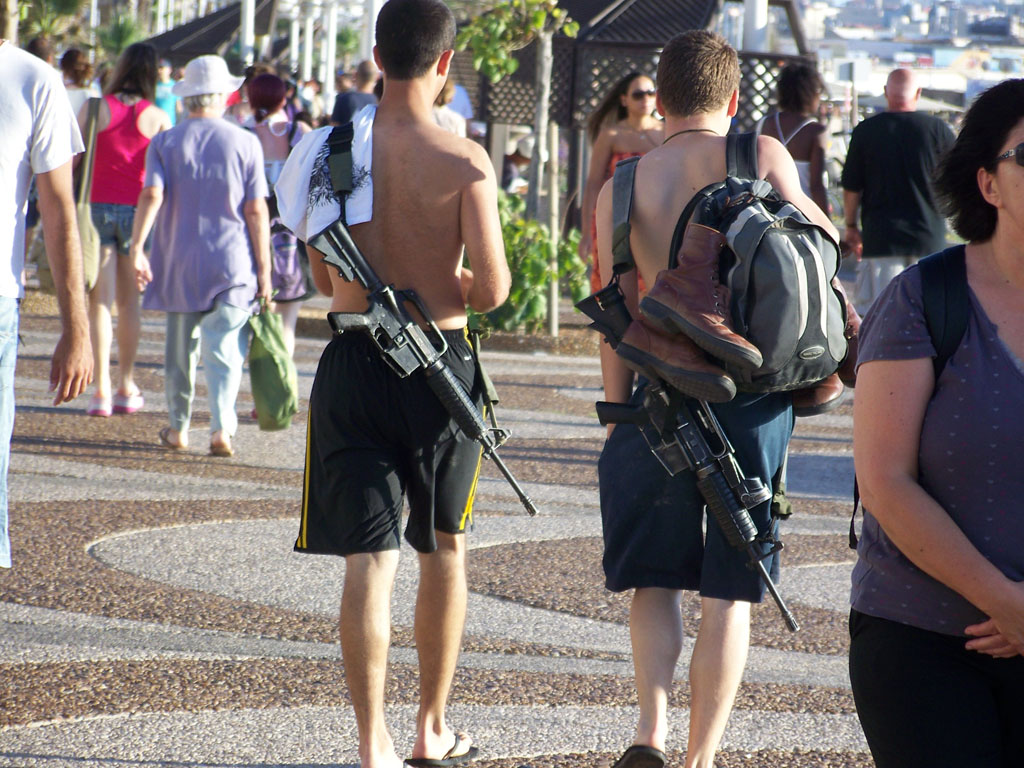 The current “wave of terror” where Palestinians attack Israeli citizens has taken at least 10 lives, but the death toll might very well have been higher if it wasn’t for armed civilians.

Attackers are much more likely to die because civilians have armed themselves in recent weeks. Fatalities among Palestinians more than double that of stabbing victims during October.

Israeli President Benjamin Netanyahu made a controversial call earlier this month for citizens who legally own firearms to bring them to the streets to increase security amid the wave of stabbings.

“The responsible civilian population — in the framework of the rule of law — has a part to play,” Israeli government spokesman Mark Regev said in an interview with CNN Oct. 15. “We’ve urged Israelis to be vigilant. … Having the civilian population work closely with law enforcement is one of the keys in defeating this threat.”

Human rights organizations such as Amnesty International and The Israeli Information Center for Human Rights in the Occupied Territories were quick to condemn the idea. They all argued that killings of stabbers would call for more violence, sometimes directed at innocent suspects.

“Politicians and senior police officers have not only failed to act to calm the public climate of incitement, but on the contrary have openly called for the extrajudicial killing of suspects,” a joint statement from human rights organizations reads.

So far, the only reported instance of a person getting killed by accident was from a police officer who shot an Eritrean refugee he believed was a second attacker during a shooting that killed an Israeli soldier.

Instances that revolve around civilians have instead mainly been self-defense, in which two separate cases have seen civilians take down stabbers attempting to attack them.

In total, at least 10 civilians and 28 attackers have died during the “wave of terror,” according to The New York Times.

New Report Examines How Many Police Shootings Are Justified