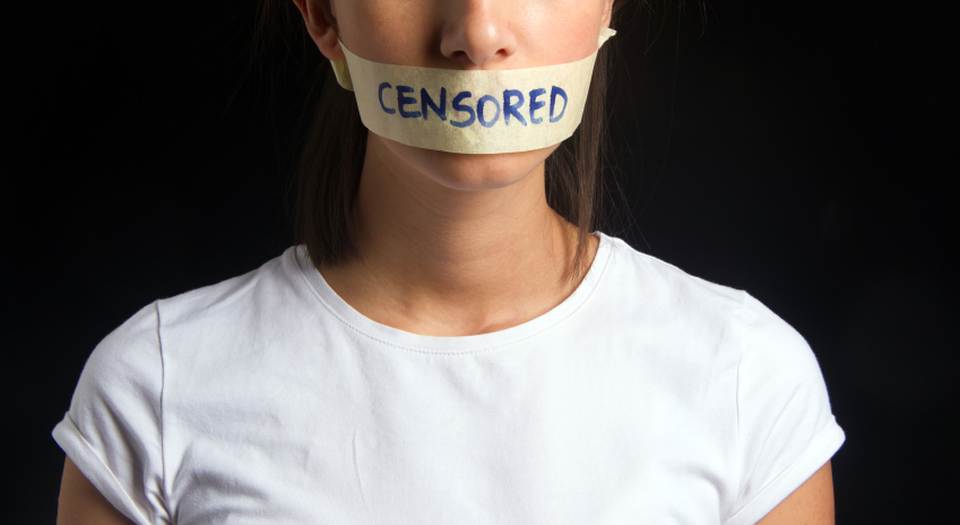 Ah mean words. Remember those? When somebody called you something mean in elementary school, you ran to the teacher. Well in college, apparently you can run to the federal government. According to Campus Reform, several woman’s and civil rights groups have asked the federal government to force colleges to monitor social media and to help protect students from offensive and harassing comments online.

The typical college response was that since it was anonymous and accessible without university servers, they’re was nothing they could do. Which is the right answer, because if colleges had to answer for every stupid decision a college student made, there would an endless stream of students being disciplined or kicked out. However, the coalition of groups decided to go forward with the plan anyway.

The coalition cited the University of Mary Washington, where two groups, Feminists United on Campus (FUC) and Feminist Majority Foundation (FMF), both members of the coalition trying to get the federal government involved in college speech, filed a Title IX suit against the school in May. The complaint charged the university with “systemic failure to protect students from a sexually hostile school environment, from sex-based cyber assaults, and from threats of physical and sexual violence and from the University’s failure to take immediate effective action to eliminate the sexually hostile environment, prevent its recurrence, and address its effects.”

University of Mary Washington President, Richard Hurley, addressed the group’s complaint in a letter in June, saying that the allegations were “irresponsible” and reminding the group that the university was publicly funded; meaning that all federal laws applied, including the Constitution. Which means that the First Amendment, the right to freedom of speech, cannot be banned.

Hurley writes,“Although I understand that FUC may be upset that UMW has not ceded to its demands to ban Yik Yak from campus, it is important to understand that as a public university, UMW is obligated to comply with all federal laws—not just Title IX,”The First Amendment prohibits prior restraints on speech, and banning Yik Yak is tantamount to a content-based prohibition on speech.”

Now the Department of Justice’s Office of Civil Rights is responding to another complaint by the group, this time targeting Richard Hurley for the very same letter he wrote. According to Inside Higher Education, the groups filed the complaint because the letter he wrote was “disparaging” and because it falls under Title IX laws that prohibit ‘retaliation. The OCR is investigating both complaints.

The Supreme Court has affirmed that anonymous speech is protected, such in McIntyre v. Ohio Elections Commission. Will Creely, vice president of legal and public advocacy at the Foundation for Individual Rights in Educations said, “To require universities to police anonymous speech online sets them up for failure. Even setting aside the First Amendment implications, which I think are substantial.” He also said that while there is exceptions for speech that is threatening (threatening to gun down a school for instance) or defamatory, he says that these decisions are beyond the competency of colleges.

Yik-Yak has taken steps to try and address the criticisms it has received from the groups asking for federal government oversight.

“Guarding against misuse is something we take incredibly seriously, and we’re constantly working to enhance our protective measures,” said Hillary McQuaide, a company spokesperson, in an email. “Today, we have a number of safeguards in place like filters, pop-up warnings, in-app reporting, moderation and suspensions. In addition, we’re incorporating natural language processing and machine learning techniques. Encouraging a positive, constructive and supportive community environment on Yik Yak is a top area of focus for us.”

Of course, this wasn’t enough for the groups. Debra Katz, a spokesperson for the groups, said,”The steps Yik Yak has currently taken to address inappropriate comments are insufficient and ineffective. None of these approaches has succeeded in addressing the program.”

Let’s ponder this insanity. Let’s say the universities caved in and started to monitor Yik-Yak like the groups want them to in order to protect people from mean comments online. This would first violate the First Amendment rights of the anonymous users who use Yik-Yak. Second, it would foster a culture of people who are afraid of saying controversial things or having an opinion…wait. It seems we’re already on the road to that.

Bottom line is this a slippery slope into censorship and the eradication of our First Amendment rights. I’m not going to defend these people who say stupid stuff on the internet, but they have the right to do so. You can do one of the two things. You can run to the federal government and ask them to monitor speech for you as this group does. Or you can expose the idiots saying these things. And do something yourself about it. Like this woman did.

Enough Scaremongering, Bacon Is Not A Major Cause Of Cancer