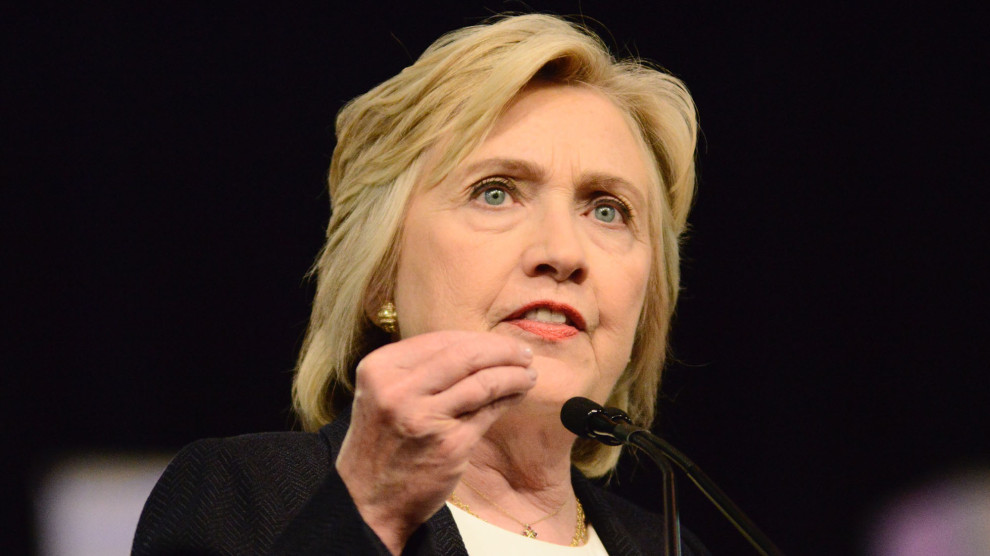 Former Democratic presidential nominee Hillary Clinton used a commencement speech at Medgar Evers College Thursday as a platform to criticize the Trump administration and share her concern about hate crimes with the graduates.

“The work of justice is never finished. We have seen that and been reminded of it recently. The first months of this year saw a surge of hate crimes across our country. White supremacists are emboldened and their numbers are on the rise,” Clinton said according The Washington Times.

After lecturing the graduates on the issue of white supremacy, Clinton turned to criticizing President Trump’s executive order banning travelers from six predominantly Muslim nations. Trump asked the Supreme Court to rule on the executive order last week after the 4th Circuit Court of Appeals affirmed a federal judge’s decision from March, which found the order unconstitutional.

“We see official actions that turn us against one another and turn us back. The Muslim ban is a particularly egregious example, and yes it is a ban, as the president himself made very clear this week,” she said referring to Trump’s Monday statement, in which he clarified that his executive order is in fact a “travel ban,” and criticized the Department of Justice for succumbing to political correctness in not referring to it as such.

Clinton closed her speech by asking the graduates to draw inspiration from her defeat.

“Losing an election is pretty devastating especially considering who I lost to,” she said.

“None of our struggles are over. And all of the speaking out and protesting doesn’t mean much if you don’t choose the elected officials who choose to shape your world,” she said. “Never let anyone silence your voice.”

Semi-Trailer Tips Over, Dumps Beer All Over Arizona Highway

Ryan Says Trump’s Reaction To Comey Is Understandable, ‘He’s New At This’