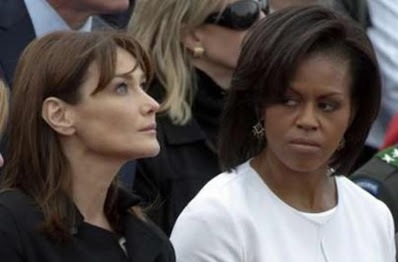 A couple of weeks ago, two students from Ryerson University’s Journalism program were barred from attending an event organized by the ‘Racialized Students’ Collective’ because they are white.  You can read the initial report here.

There was debate back and forth about the move, but one response in particular, caught my eye.

I couldn’t help but be taken aback by the title. Were my eyes deceiving me? Was I really reading someone blatantly argue for segregation by race?

The author, Aeman Ansari, argues that ethnic minorities have a right to claim public spaces to “share stories about discrimination without judgement and intrusion,” that is, judgement and intrusion by white people. She goes on that many students at Ryerson have experienced racism and that these spaces act as a forum where the ethnic students are protected from stereotypes and marginalization.  Furthermore, she states that this is crucial in order to resist oppression.

What oppression might that be? Do you mean like being prevented from attending public spaces due to your race?

The two white journalism students that were asked to leave said they felt embarrassed by the situation, calling it, counterproductive.  Ansari then blames individuals upset with this policy as “proof that they were right to exclude those students.” The piece also says that the organizers and attendees were there to “help each other get through social barriers and injustices.” However, I’m at a loss to pinpoint what those barriers might be.  It appears they were able to put on their event and even discriminate against an entire race of people without too much fanfare.

Ansari goes on to say that “The presence of any kind of privilege puts unnecessary pressure on the people of colour to defend any anger or frustrations they have, to fear the outcome of sharing their stories. The attendees are trying to move forward by supporting each other and they should not have to defend themselves, they should not fear the consequences of raising their voices.”

Ah yes, privilege, the catch-all response designed to end further discussion and in this instance used to justify racial discrimination.  It is in reality, the Racialized Students’ Collective, that is privileged enough to be able to enforce a policy of segregation, against a large percentage of the student body; especially because their funding comes from Ryerson’s Student Union and they are supposed to be representing all students.

Can you imagine the uproar and furor that would ensue if white students attempted to hold a whites only event?  It seems to me that this is really about having the freedom to ‘blame whitey’ and express their racism to a purely sympathetic audience.

The article goes on to implore that instead of focusing on the students that got kicked out we take a deep hard look at the “history of oppression” that white people have inflicted on ethnic minorities.  We’re asked to examine the racist history of the West and the enslavement of Africans.  According to Ansari, “This kind of oppression is still witnessed today.”

Yes, it is still witnessed today, but not anywhere in the Western World.  Slavery is still practiced in Africa, some Middle East nations, North Korea, and China. Slavery and oppression does not exist in the United States, Europe, or Canada.  Ansari and the members of the Racialized Students’ Collective have never experienced oppression.  These people live in Canada, one of the most pluralistic, multicultural, free, democratic countries in the world.  They have no concept of what oppression is.  They can speak their minds; they have equality, and in some cases even special privilege, under the law.  There is absolutely nothing oppressing them, they are protected classes.

We’re also asked to accept that white people cannot experience racism, not real racism at least.  Ansari believes that whites have never had difficulty finding a job, housing, healthcare or justice due to systemic racism.  I fathom the author is unaware of diversity quotas, affirmative action, or gladue sentencing.  All of which are policies and laws that benefit other races over white people, the very definition of systemic racism.

I have a different perspective on what these ‘safe spaces’ are.

Safe spaces for ethnic minorities are the modern-day equivalent of Klan meetings.

Of course I’m being facetious, no one’s calling for hurting white people, yet, but the similarities are there.  The entire point of this club is to complain about all the horrible things white people have done.  It’s a forum to isolate themselves and let resentment and contempt fester.  It’s a forum where they can get together against ‘the other.’  They claim their mission is to find a way to peacefully coexist but how can that be accomplished by banning the very people they hope to coexist with?

Normally I would uphold their right to free association but when you start taking public money to conduct your affairs, you no longer have the option to discriminate against the people funding you.

Had they been privately funded, I would accept their right to set the rules for attendance, but I would still argue that it’s a terrible idea to do so.  As the Ryerson journalism students put it, it’s counterproductive.  You don’t get over trauma by ignoring or hiding from it, you conquer trauma by facing it.  You don’t open people’s eyes that their actions or comments may be hurting minorities by not allowing those people in on the conversation.  You don’t end racism and oppression by being oppressive racists yourselves.

In conclusion, we’re asked to accept these spaces and respect them.  I wonder how they would react if their student union fees were going to groups that wished to discriminate against them.  Racism does still exist; however, it’s largely racism against white people.  Until society wakes up to this fact and demands that this new wave of racism be rejected like the old racism was, then it’ll continue to be the same story.