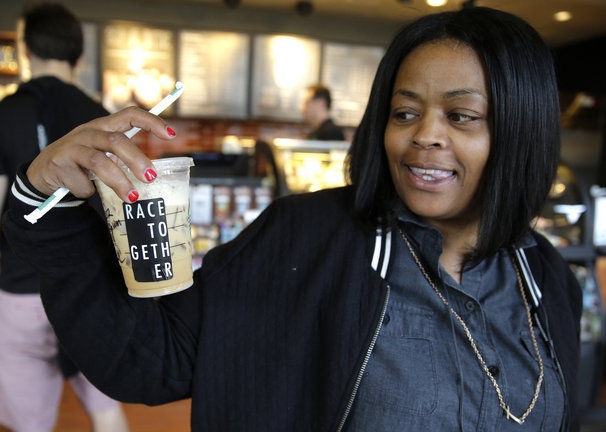 Last week, Starbucks baristas were encouraged to write “#racetogether” on their customer’s coffee cups to instigate discussions regarding race. It certainly got the nation talking, inspiring some Twitter mockery and an awkward MSNBC panel, before fizzling out to nothing. A week later, the race is apparently finished and we’re not sure exactly who “won” it.

Earlier this month, a controversial cover of an upcoming issue of a Batgirl comic book was shown in advance, with an immediate social media backlash to the image of the young female hero in a victimized position. The #changethecover campaign blew up on Twitter for a short time. That cover was then pulled, at the artist’s request.

Whether or not either of these campaigns should have taken off is not the point. A business took an action, consumers reacted, the business adjusted as a result. Consumers will continue to react, business will continue to adjust. This is the symbiotic relationship between consumers and the businesses that serve them. This is the concept of a free market, and the free market is tremendously empowering to the individual.

Let’s not kid ourselves with the idea that we truly live in a free market now. We don’t. There is too much government intervention in our ability to freely trade goods and services. However, these social media campaigns and various grassroots activism as relates to business, can give us a taste of what that would be like. This is the regulation of the market, by the players in the market, rather than outside, centralized sources.

The free market is a really incredible thing, because it is simply voluntary arrangements between buyers and sellers. Competition serves consumers to allow us more options – to choose our products or services based on whatever criteria we deem important, and the various sellers of such things are expected to respond. What infuriates some is that they don’t get to decide what is important for others. There is no centralized authority to the value of anything – which is actually very good. By assessing the same things at different values, we are able to trade, as we can mutually benefit from these exchanges.

Whether it’s a CEO stepping down due to backlash from their unpopular opinions, or a fast-food chain slowly evolving its ideas after controversy which actually boosted its business, the key is that companies have to respond to the people. They want our business, they want our money. What we demand, they attempt to provide, or they get swept away by competition that will.

This is how business is far superior to government. A government is theoretically “accountable” to the people, however, it has no competition in several of the services it allegedly provides. If, for example, its law enforcement are killing unarmed civilians, followed by its judicial branch letting the charges go and its citizenry made to fear its representatives, the only recourse we have is mass, likely ineffective protest with a lot of destruction in the process.

Since government is now responsible for so much more than the Constitution originally dictates, we evaluate our representatives by numerous criteria and each vote in a limited capacity which does not equate to any politician understanding a consistent mandate on any one issue – there are too many issues that they will deal with. Hashtag campaigns pretty much don’t work on laws or bills already passed, though coordinated protest has successfully killed bills prior to a vote.

Ultimately, when people ask why libertarians tend to trust business a bit more than government, it comes down to things like #racetogether or #changethecover or any other social campaign that supports or protests an initiative. Government does not have a motivation to better serve us. It is not vying for a promotion or a raise, though its representatives will do anything to keep their jobs, including taking large sums of money with far more influence than your vote. We do not have power over government. Business wants our money, we know that. As a result, they’ll do whatever they can to earn it.

We have the power.