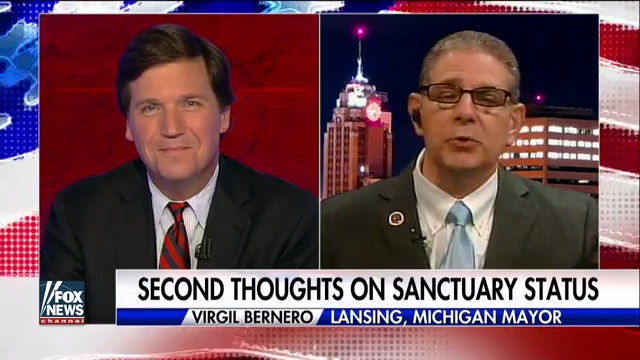 The capital of Michigan was a self-designated “sanctuary city” for just 10 days before it rescinded the decision on Wednesday under pressure from business leaders concerned the status would draw unwanted scrutiny from the federal government.

The Lansing City Council voted 5-2 to halt official adoption of the term after a 6-0 vote in favor of the designation on April 3.

After the initial vote, the Lansing Regional Chamber and Michigan Chamber of Commerce sent a joint letter to city council members urging them to reconsider use of the term, which they said would lead to negative attention from the Trump administration. The letter expressed concern about Attorney General Jeff Sessions promise to pull Department of Justice grants from local jurisdictions that maintain sanctuary policies, reports The Wall Street Journal.

“Recent actions of City Council, whether intended or not, have placed an unnecessary target on the City of Lansing while jeopardizing millions of dollars in federal funding that impacts the city budget,” the groups wrote.

The term “sanctuary city” does not have a precise legal definition, but is generally understood to mean any local jurisdiction that refuses to cooperate with federal immigration officials in the detention and deportation of illegal immigrants. Last month, the Department of Homeland Security began publicly identifying sanctuary cities and counties in a weekly report, although it recently suspended publication after improperly placing non-sanctuary cities on the list. (RELATED: Sanctuary Cities Might Be Sticking Point In Shutdown Battle)

“The term ‘sanctuary’ in the resolution has become very problematic and distracting—so distracting in my opinion that’s it’s taken away from the intent of our resolution, which is to protect individuals,” she said.

Lansing called itself a “welcoming city” before last week’s vote approving use of the politically loaded “sanctuary” term. Michigan Chamber President and CEO Richard Studley hopes the city council’s reversal will allow it to “focus on real economic issues” instead of controversial immigration politics.

“The challenge is with the language declaring the city a ‘sanctuary city’—adopted hastily with little debate,” he said. “I think that it is easily misinterpreted or misunderstood.”