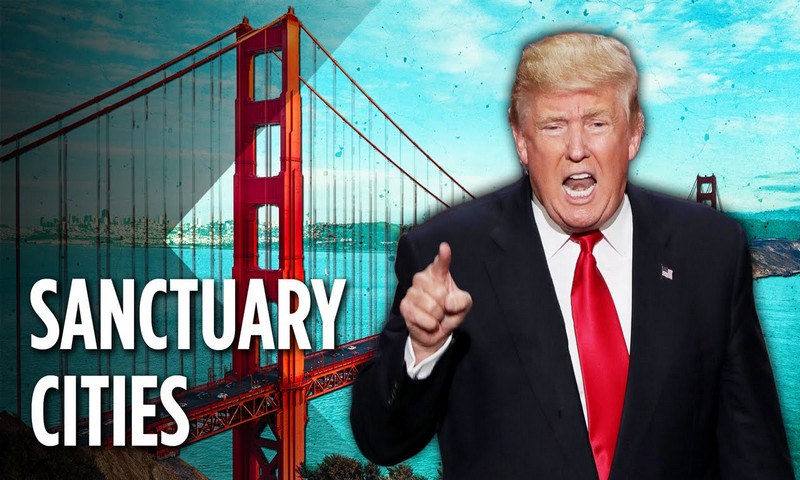 It seems as though anything President Donald Trump touches, instantly becomes illegal.

A federal judge on Tuesday blocked any attempt by the Trump administration to withhold funding from “sanctuary cities” that do not cooperate with U.S. immigration authorities, saying the president has no authority to attach new conditions to federal spending, reports the Associated Press.

U.S. District Judge William Orrick issued the preliminary injunction in two lawsuits – one brought by the city of San Francisco, the other by Santa Clara County – against an executive order targeting communities that protect immigrants from deportation, said the AP.

The injunction will stay in place while the lawsuits work their way through court.

The judge said that President Donald Trump cannot set new conditions for the federal grants at stake. And even if he could, the conditions would have to be clearly related to the funds at issue and not coercive, Orrick said, according to the AP.

Chad Readler, a Justice Department attorney, feels as if the President is attempting to use his “bully pulpit’ to “encourage communities and states to comply with the law,” the AP reported.

In his ruling, Orrick explained that the order, “by its plain language, attempts to reach all federal grants, not merely the three mentioned at the hearing.”

“And if there was doubt about the scope of the order, the president and attorney general have erased it with their public comments,” the judge said.

This block of a Trump administration’s attempts to curtail illegal immigration follows, a previous block of Trump’s so called “travel ban,” which was blocked, then revised and blocked again.