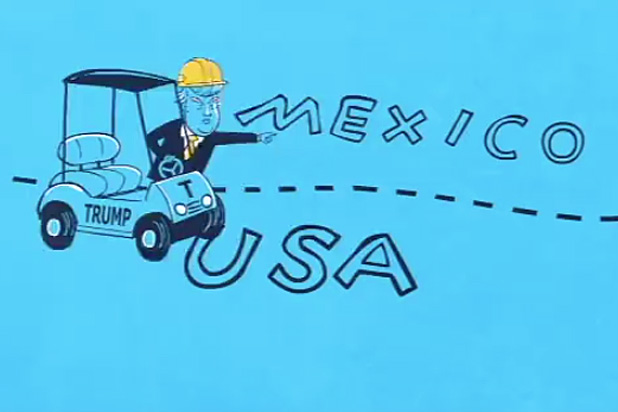 The Mexican Foreign Minister said Tuesday that construction of a border wall separating the U.S. and Mexico is a “hostile act.”

Luis Videgaray Caso, the foreign minister, not only labeled construction as hostile, but stated that Mexico will refuse to contribute in any way to the border wall, Reuters reports.

And yet, President Donald Trump said as recently as Sunday that Mexico will in fact pay for the border wall, which would fulfill a promise he made during his campaign.

“Eventually, but at a later date so we can get started early, Mexico will be paying, in some form, for the badly needed border wall,” Trump said on Twitter.

While at the time a spokesman for the Mexican foreign ministry had no comment on Trump’s tweet about wall payments, Caso has come out Tuesday with an aggressive statement about border wall construction.

Some estimates put the cost of the wall around $20 billion, and it’s part of Trump’s promise to decrease illegal immigration into the country pouring in from Mexico.

Attorney General Jeff Sessions has said he doesn’t believe that Mexico will pay for the wall in a lump sum transfer, but thinks the amount can be exacted from Mexico using trade tools.

“I don’t expect the Mexican government to appropriate money for it but there are ways that we can deal with our trade situation to create the revenue to pay for it, no doubt about it,” Sessions said on ABC’s “This Week” program Sunday.