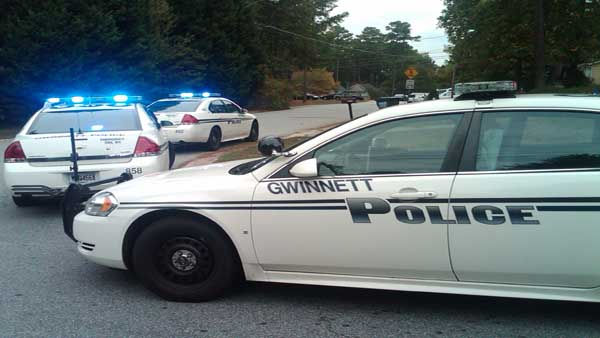 A Georgia police officer was fired after video surfaced Wednesday showing him kicking a handcuffed suspect in the face.

The Gwinnett County officer, identified as Robert MacDonald, lost his job Thursday a mere 24 hours after the footage surfaced, the department told said in an emailed press release.

The footage, taken by a witness via cellphone, shows an officer handcuffing a man and dragging him away from a car. The officer then stands over the man, who is handcuffed and lying on his stomach in the middle of the street. Black Lives Matter of Greater Atlanta shared footage of the Wednesday incident over Facebook.

Video then shows MacDonald, who came as backup to the first officer, coming up and kicking the man in the face, the department said. An ambulance came to treat the man and the department said they placed the officer on leave shortly after the arrest and took away his firearm.

“What happened was clearly outside of state law and department policy,” the Gwinnett County Police Department said. “We do not tolerate actions that are inconsistent with our core values or state law. We are dedicated to the delivery of professional law enforcement services.”

The department plans to launch a criminal investigation into the situation and follow through with their internal affairs investigation.

Boys With Vaginas Cause Confusion In Emergency Rooms