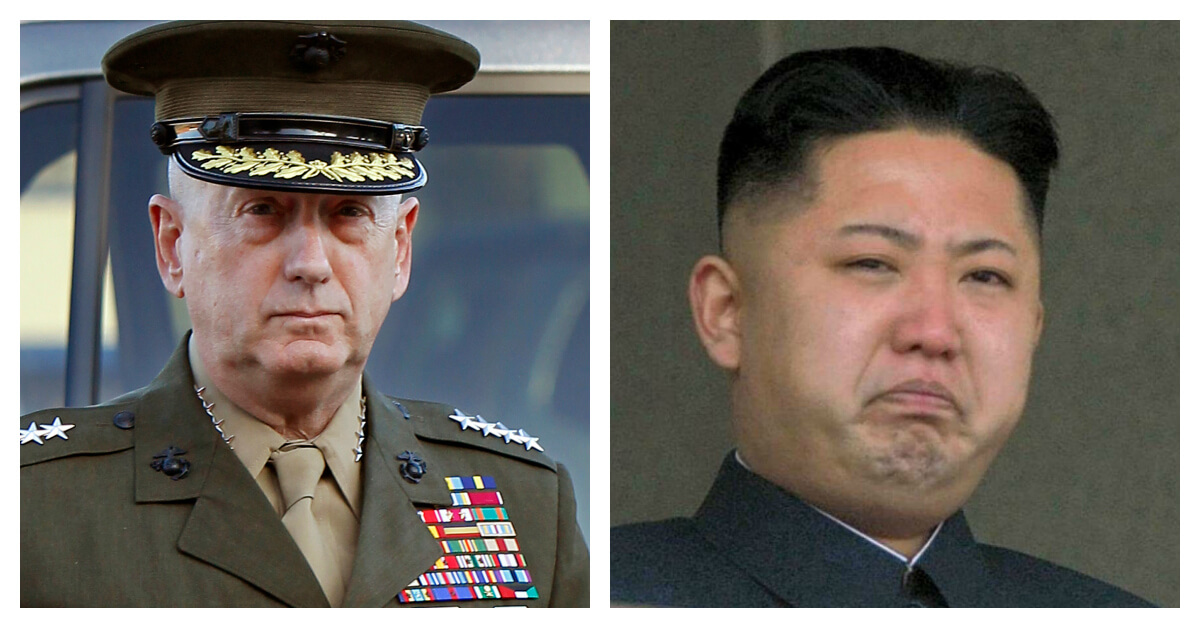 North Korea appears to be on the verge of another nuclear test. “The bottom line is North Korea has got to change its behavior,” Mattis said at the Pentagon Thursday, according to Stars and Stripes.

A U.S. Navy carrier strike group is on its way to the Korean peninsula in preparation for a possible North Korean provocation. The U.S. and its allies are also watching the situation carefully.

“Right now, [North Korea] appears to be going in a very reckless manner … and that has got to be stopped,” Mattis explained at a press conference in London last month. During his first trip to Asia as secretary of defense in February, Mattis stated that the U.S. will protect its allies and partners in the region against North Korea.

“North Korea continues to launch missiles, develop its nuclear weapons program, and engage in threatening rhetoric and behavior,” the secretary of defense said, adding, “America’s commitments to defending our allies and to upholding our extended deterrence guarantees remain ironclad. Any attack on the United States, or our allies, will be defeated, and any use of nuclear weapons would be met with a response that would be effective and overwhelming.”