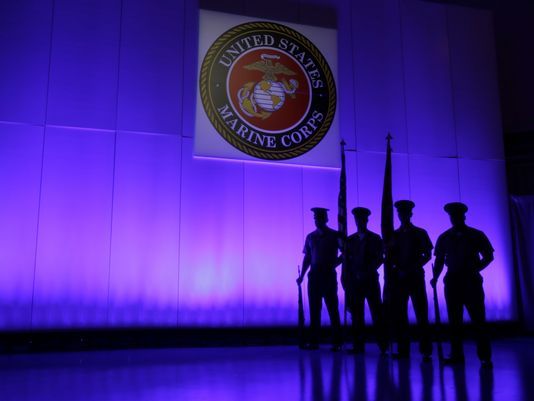 Marine Corps leadership was set Wednesday to appear before the House to testify on updates regarding an investigation of the nude photo scandal, but now then backed out of the meeting.

According to Democratic Rep. Jackie Speier’s office, the assistant to Marine Corps Commandant Gen. Robert Neller wrote a letter to Speier offering individual meetings with members of the Women’s Caucus, rather than showing up to give testimony in Congress on Wednesday, The Daily Beast reports.

The letter said the Marine Corps is prepared to offer support for the female victims of the nude photo scandal, whose compromising photos were shared without permission, and also to increase accountability.

Countless female service members had their photos shared on a private Facebook group called Marines United, though many of those photos were posted to Instagram and other public, photo-sharing venues, which may make any kind of prosecution difficult.

Still, Speier has asked Secretary of Defense James Mattis to kick out any Marines actively involved in sharing the photos.

Speier has also recently railed against mere promises coming from the Marine Corps and has urged actual and concrete cultural correction, which is why she’s unlikely to take leadership’s decision to skip Wednesday’s hearing particularly well. She’s also criticized her colleagues in the House for thinking the root problem behind the scandal can be stemmed by issuing new social media policies.

Since then, the Marine Corps has pledged to support victims, and in early March, one defense official told Military.com that the service may even provide reputation management software to the women to help them manage their online presence.

The Daily Caller News Foundation reported in late March that Neller issued guidance mandating that every Marine receive counseling on social media practices. Neller stated in White Letter 2-17 that once the training is completed, Marines will receive a “corresponding counseling entry” in their personnel records file.