The state of clemency in Missouri is in total disarray. Recently, the Kansas City Star reported that Governor Mike Parson is sitting on a backlog of over 3,500 petitions for clemency from Missouri’s prison population.

Since taking office in May of 2018, Parson has acted on just one of these cases. But Parson does not deserve all the blame; previous governors such as Eric Greitens and Jay Nixon also deserve blame for creating this mountain of inaction. Parson though currently controls the Missouri government, so the duty falls to him to remedy the problem.

Historically speaking, Missouri acts of clemency usually revolve around highly publicized cases, as in the instance of Darrell Mease, whose sentence was commuted in 1999 after the visit of Pope John Paul II. But clemency should not strictly pertain to these extraordinary cases.

Given the legalization of marijuana for medicinal use, the governor should immediately grant a full pardon to anyone in a Missouri prison who has been convicted of a marijuana-related offense. Not only should this be an easy task for the governor to accomplish since it is the logical thing to do, but it will also initiate dismantling the rest of the backlog. It would get the ball rolling so to speak.

While Missouri is currently on track to full legalization of marijuana, it still has some of the toughest marijuana laws in the nation on the books. While possession of under 10 grams of marijuana is decriminalized for a first-time offense, selling and trafficking cannabis is still heavily cracked down on.

Attempting to sell less than 5 grams of marijuana is categorized as a Class C felony in Missouri and punishable with up to seven years in prison and $5,000 fine. While obviously logically contradictory, the current laws have contributed to enormous amounts of people wasting away in prison in Missouri for marijuana-related offenses.

But why should Parson grant clemency to these people in addition to all those in Missouri prisons who used marijuana for medicinal uses? The governor should do so because marijuana legalization is coming quickly to Missouri. Marijuana is already decriminalized in the state, meaning that any adult possessing 10 grams or less of cannabis is only fined anywhere from $250-$1000 and charged with a misdemeanor for a first-time offense.

Granting clemency to those with marijuana-related convictions in Missouri would also generate positive press for the Parson administration. Acting on only one of the 3,500 petitions for clemency is a sin against his office. It not only signifies laziness but an utter contempt for the prison population of Missouri.

Since 1981, Missouri governors have acted on about 6,000 petitions for clemency. This means that on average that Missouri governors have responded to 158 petitions for clemency per year. Parson is totally behind the 8-ball in rejecting clemency in his only foray into the topic. Pardoning those in prison for marijuana offenses would signify that Parson is committed to lowering the backlog.

By granting clemency to these people, the governor would also contribute to lowering the prison budget in Missouri. For the 2016 fiscal year, the Missouri Department of Corrections spent $710 million dollars to maintain the Missouri prison system.  Granting clemency to inmates with marijuana convictions would reduce this budget substantially, freeing up money that Parson should then return to the taxpayers.

This avenue would be a nice start for Parson to take in approaching the clemency backlog. He has already kicked the ball down the road in refusing to hear any petitions. The governor should learn from his mistakes and lead in 2020.

Missouri residents should prod the governor along by signing the marijuana initiative to get it on the ballot in 2020. This would signify to Parson that Missouri is ready for a change, spurring him to grant clemency to all those in prison on marijuana-related offenses.

From this, Parson should begin to attack the rest of the backlog. Not only would this address the serious neglect of clemency petitions, but it would also thrust Missouri into the progressive world of marijuana legalization. 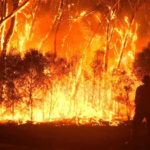 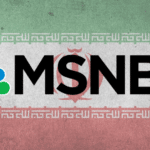