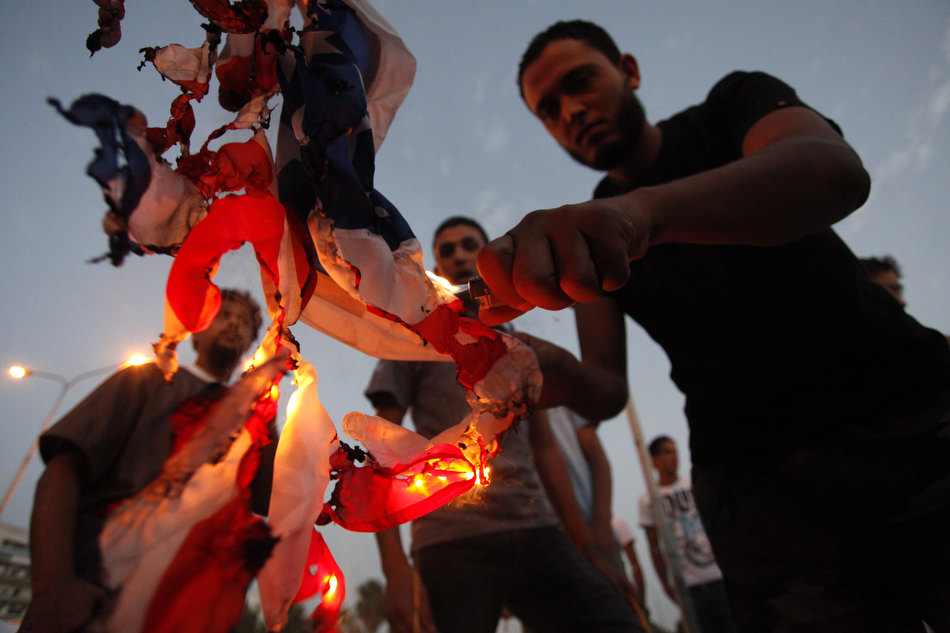 A defiant attack on the American flag went in an unfortunate direction for a protester outside the Democratic National Convention, as the protester accidentally set himself on fire while stomping on a burning flag.

A group of cheering demonstrators were watching an American flag burn outside the Wells Fargo Center in Philadelphia prior to Barack Obama’s keynote address.

“Burn that fucking white capitalist shit the fuck down,” one onlooker cried, just before an overenthusiastic protester jumped out and began briefly dancing over the blaze.

This turned out to be a terrible idea, as a skirt the protester was wearing quickly caught fire and sent him toppling to the ground in a panic.

Cheers quickly turned to cries of “What are you doing?” and “What an idiot!” before the blaze was extinguished.

It’s not the first time somebody has accidentally set themselves ablaze at a 2016 convention. A protester at the Republican convention in Clevelandaccidentally set himself on fire during a demonstration against Donald Trump.

Assange: Clinton v. Trump is Like Choosing ‘Cholera or Gonorrhea’