The French government is offering climate scientists from around the world lucrative grants to temporarily move there and do research on global warming.

President Emmanuel Macron’s administration set up the website, “Make Our Planet Great Again,” which advertises positions for senior researchers, junior researchers and PhD students to do work on global warming and the “energy transition” from fossil fuels.

“I want all those who today embody innovation and excellence in the United States to hear what we say: from now on, from next May, you will have a new homeland – France,” Macron said in February as environmentalists and some scientists complained of being “muzzled” by the Trump administration.

The Trump administration didn’t actually muzzle any scientists. It really came down to the fact the most vocal scientists opposed Trump’s stance on global warming. Macron wants divide them even further.

“Reaching at least the 2°C target set by the Paris Agreement requires an unprecedented effort in developing science and technologies,” reads the French website. Senior scientists can get a government grant up to nearly $1.7 million to support them and research staff for four years.

Whoa. France just launched https://t.co/Ij8qlG1wX2 and is offering grants of up to 1.5 million Euro for climate scientists to move there. pic.twitter.com/Lw5kdWCLm1

Junior researchers can get a $1.1 million grant for four years work, which would also support a small research staff. It’s not clear how many U.S. researchers would take up this offer. 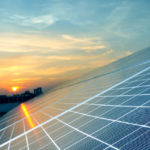