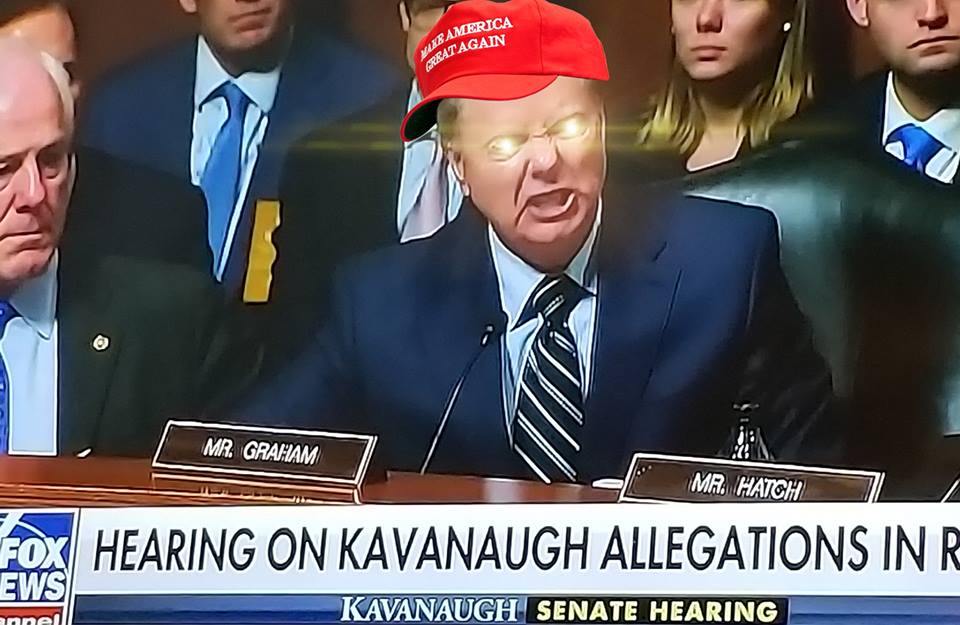 GOP Sen. Lindsey Graham of South Carolina, who delivered one of the more fiery speeches in defense of Supreme Court nominee Brett Kavanaugh at a Thursday hearing, told “Fox & Friends” Friday that after being doxxed, he had multiple people come to his house and calling his personal number.

“I got a new number and a bunch of people beating on my door last night,” Graham said.

Although Graham said he had people coming to his home and calling his personal number, he said the current situation isn’t about him.

“I’m not worried about that,” he said.

Reports emerged Thursday that an unknown person located in the House of Representatives posted the personal information, including home addresses, of Graham and Republican Sens. Mike Lee and Orrin Hatch of Utah.

Graham told “Fox & Friends” hosts that he was “pissed” about the way the nomination has been handled and the way his Democratic colleagues have treated Kavanaugh and his family.

Graham sent a similarly strong message to his Republican colleagues at a Senate Judiciary Committee hearing. If they vote “no” on Kavanaugh’s nomination, they are “legitimizing the most despicable thing that I have seen in my time in politics,” he said Thursday.

“If you legitimize this by voting, know you are setting up the destruction of all future nominees,” Graham said Friday. “You’re denying a good man, highly qualified who led an incredible life, the chance to serve the country in the position he is qualified for, legitimizing the politics of destruction.”

“You are missing a lot if you don’t see this as a political hit job,” he said.

Graham said he spoke with President Donald Trump after the hearing, and claims Trump and first lady Melania Trump were proud of his performance.

“He was very complementary,” Graham said, adding that Melania Trump was “very proud of the fact that I pushed back and stood up for this good man and that meant a lot to me that the first lady felt that way.”

The Senate Judiciary Committee will vote Friday whether to advance Kavanaugh’s nomination.

President Of Judicial Watch Praises Republicans For Shutting Down Democratic ‘Circus,’ Predicts Kavanaugh Will Be Confirmed