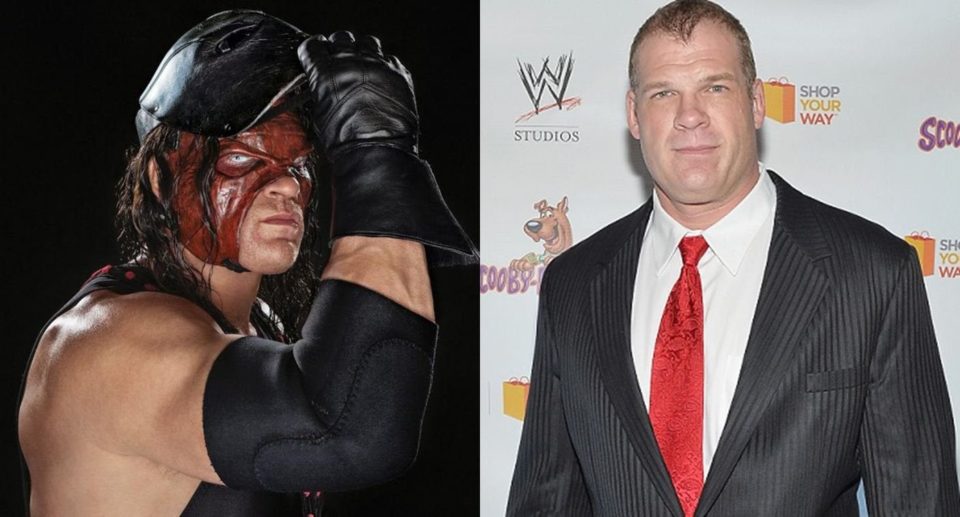 Read more about the ruling on Knox News:

The order goes into effect Friday and lasts until the board votes to rescind it. Violating it is classified as a Class C misdemeanor, punishable under state law by up to 30 days in jail and a $50 fine. Dr. Patrick O’Brien, the board of health member who proposed the mandate, stressed it should be enforced via warnings, not through fines or jail time. The first warning, he said, should be to give the person a mask.”

Dude, this shit is a sensitive subject for him! He HAD to wear a mask for years because the Undertaker set him on fire as a child. Show some respect!

Kane voting no on masks is the most 2020 thing possible.

Most American story of day:

The Knox County Tennessee Board of Health voted 7-1 to mandate a mask ordinance for anyone inside certain buildings.

The only no vote was Mayor Glenn Jacobs…

Who made his name as the masked demonic brother of pro wrestling legend the Undertaker. pic.twitter.com/j00BYQDKtx

States and counties around the country are implementing mandatory face masks in public. Some places like Kansas Governor Laura Kelly’s mandate are not attaching any criminal offense to  violations.

“A new state law removes the possibility of criminal charges for violating pandemic-related executive orders from the governor. If Kelly’s directive falls under the new law, sheriffs and police departments will have few options to enforce it beyond simply encouraging residents to comply – and some law enforcement agencies are ruling out taking any action altogether.”

Whereas in West Hollywood, California not wearing a mask could cost citizens $300!

The violation carries a $300 price tag for first-time offenders, including a $250 fine and $50 fee, the sheriff’s station said in a tweet.

Medical experts suggest wearing face mask can help reduce the spread of Covid-19, but there are no guarantees. The Mayo Clinic says, “Surgical masks may protect others by reducing exposure to the saliva and respiratory secretions of the mask wearer.”

Are masks required where you live?

Black Lives Matter Protest: A Conversation with an “Extremist”