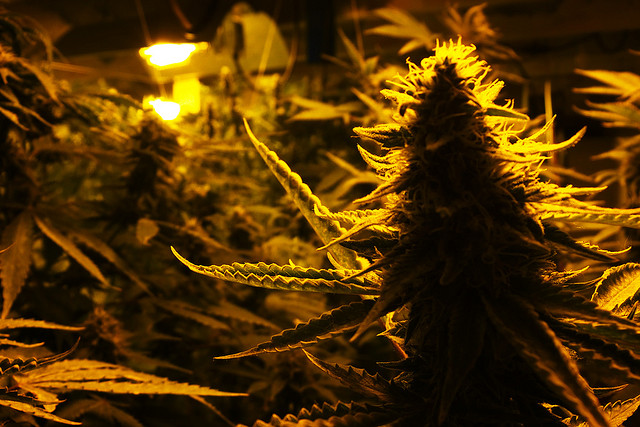 Police in Washington, D.C., arrested two people Tuesday night for allegedly distributing marijuana after the pair had been selling pot for “donations” in the city for months.

Nicholas Cunningham, 30, and Evonne Lidoff, 18, operated three vehicles throughout the district where they would sell pot brownies in exchange for “donations” from patrons, according to the Metropolitan Police Department.

The cars would set up shop on street corners in trendy areas of the city and offer up gifts of pot brownies and gummy bears laced with marijuana, but only if people donated money.

The operation took advantage of a grey area in D.C. law that allows for gifting of marijuana, but prohibits sales of the drug.

Under a law passed in November 2014, district residents are allowed to possess up to two ounces of marijuana, and are free to share it with their friends, but an act of Congress forbade the city to set up any framework for legal sales.

A provision in the more than 2,000-page omnibus bill Congress passed Friday forbids D.C. from spending any money to “enact any law, rule, or regulation to legalize or otherwise reduce penalties associated with the possession, use, or distribution of any schedule I substance under the Controlled Substances Act.”

Adam Eidinger, the man who proposed the initiative that legalized weed in D.C., told The Daily Caller News Foundation he believes the Kush God operators violated the law with their business.

“Yes, they were taking money for cannabis, which is simply not legal, although should be” he said in a message. “They recently came to my legal store and threatened my staff when I was on FOX saying it’s not legal under [the initiative].

Though he said what the pair was doing is illegal, Eidinger said they really should have just been warned about the legality of the operation, not arrested.

As recently as Monday, the operators of Kush God said their business was legal. Cunningham told FOX 5 he believed he was operating within the law because he didn’t charge for his weed products.

“The law says it’s legal to give it away, so them donating to the company is just them excited about what’s going on,” he told the television station.

The police disagreed, however, and now the Kush God operators could face up to six months in jail, if convicted.

According to a statement from police, the cars used to sell the marijuana edibles were also seized.

“Members of the Narcotics and Special Investigations Division also seized three vehicles, pictured below, in reference to the investigation, which all were painted depicting the logo and business information of “kushgod.com,”” the statement read.

10 Christmas Gifts For the Libertarian in Your Life