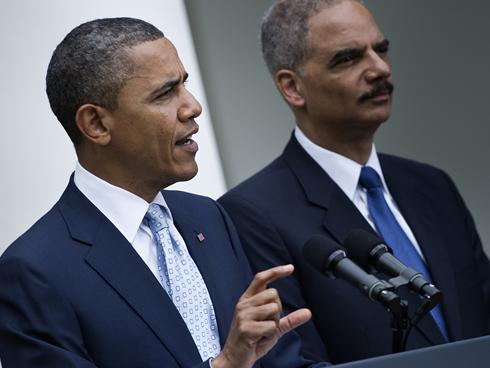 A federal judge ruled Tuesday the Obama administration can’t use executive privilege to shield Operation Fast and Furious documents from Congress, and ordered the administration to turn over the requested documents.

Public disclosures from the Department of Justice (DOJ) about its response to the botched operation undercut the administration’s attempt to invoke executive privilege, U.S. District Court Judge Amy Berman Jackson ruled, according to Politico. The administration can appeal the ruling.

“The Department itself has already publicly revealed the sum and substance of the very material it is now seeking to withhold,” Jackson wrote. “Since any harm that would flow from the disclosures sought here would be merely incremental, the records must be produced.”

The administration has been battling Congress over various records related to the operation for years. The House voted in 2012 to hold then-Attorney General Eric Holder in contempt of Congress for withholding some of the records, with the support of 17 Democrats.

A federal judge ruled in August, 2014, the DOJ must turn over documents sought by the House Committee on Oversight and Government Reform, also rejecting the administration’s invocation of executive privilege to withhold the documents. The ruling prompted the administration to release more than 60,000 pages of documents that November.

How “Celebritarians” Saved the Liberty Movement