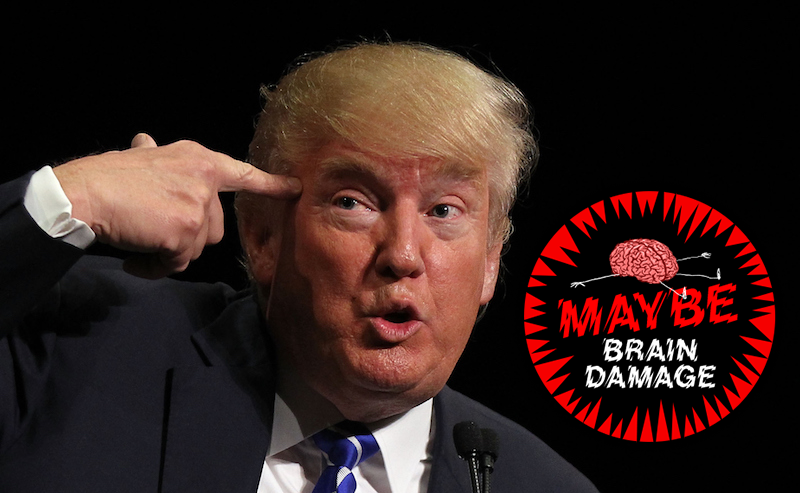 Stat News published an article Tuesday that accuses President Donald Trump of mental decline, despite the fact that none of the experts referenced in the article agreed with the premise.

Senior Science writer Sharon Begley asserted that the president currently has a different speaking style than he had during interviews in the mid-1990s. She then took her “analysis” to several experts who essentially reported if there was a difference, it could be as a result of a declining mental capacity.

“Here are clearly some changes in Trump as a speaker,” New York City psychologist Ben Michaelis told Stat News. “Clear reduction in linguistic sophistication over time,” with “simpler word choices and sentence structure. … In fairness to Trump, he’s 70, so some decline in his cognitive functioning over time would be expected.”

The expert then offered that the change in speaking styles could be a result of a strategy to have a greater appeal to voters.

“He may be using it as a strategy to appeal to certain types of people,” Michaelis added.

There’s actually a lot to back up that theory. Carnegie Mellon University published a survey in March 2016 that analyzed the graded reading level of president’s political speeches. It rated Trump’s words to date as within a 6th to 8th-grade reading level, the sweet spot for successful politicians looking to voice their message to a wide audience.

Psychologist John Montgomery has a different theory, however.

“It’s hard to say definitively without rigorous testing of Trump’s speaking patterns, but I think it’s pretty safe to say that Trump has had significant cognitive decline over the years.”

New Media start-up AXIOS highlighted the article in its daily newsletter, praising Begley for the analysis, and saying that the issue is “one of the most difficult topics for any journalist to take on.”

“Medical experts are hesitant to evaluate someone they’ve never seen as a patient,” AXIOS creator Mike Allen wrote in his newsletter. “If you haven’t seen ’90s-era Trump, ad all you know is what you hear now, the difference is pretty startling.”

Legal Weed Could Save Medicaid More Than $1 Billion