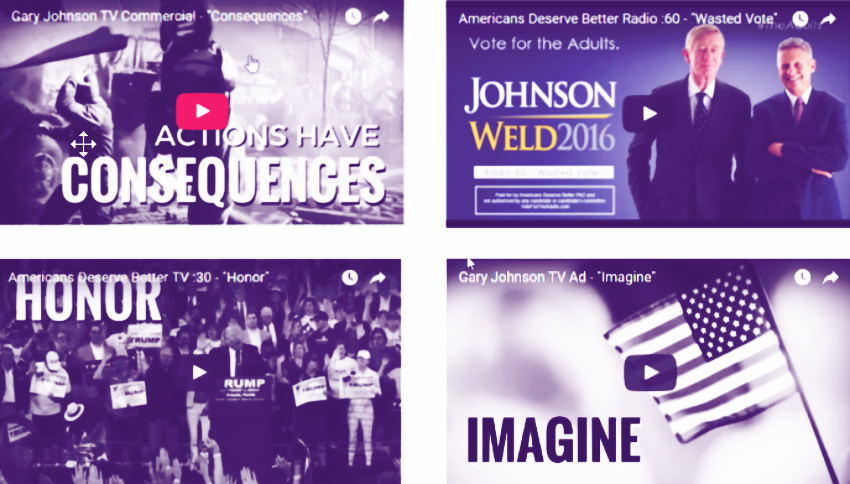 Late last night, American’s Deserve Better PAC published a press release showing a surge of support for Gary Johnson in Maine’s 2nd Congressional District. The PAC ran an effective two-week ad campaign that polling has shown an increase of Johnson’s support from “mid-single digits into the ‘debate zone’ at 14%.”

The Emerson poll independently validates a Patterson & Company poll commissioned by Americans Deserve Better PAC in late August that showed support for Johnson/Weld doubling over the course of the two-week ad campaign.

The PAC’s Treasurer, Geoff Neale, believes the Libertarian Party ticket advancement is due to “data-driven messaging and targeting, and an emphasis on traditional advertising.” Neale further states, “This Emerson poll proves beyond a shadow of a doubt that Americans are hungry for a trustworthy and responsible alternative to the dysfunction of the two major parties and their troubled nominees.” The PAC intends to scale up their approach in hopes of exceeding their expectations once again in as many states as possible over the next 60 days.

While we are still waiting to hear the results of other PAC success or failures in their ad campaigns, the PAC tells The Libertarian Republic:

We really want a tone of transparency and accountability for measurable results that not too many Libertarian PAC’s have had before. So our goal is to open up everything once the board and donors have seen it first.

We are pleased with the results of this project. It proves that people are willing to consider alternatives to Coke and Pepsi – even in 50/50 districts where a vote for a third candidate could impact the final result of the race. If the Johnson/Weld campaign and all the Super PAC’s had been utilizing this type of approach across the country since the Orlando convention, there is no question that today they would be polling well beyond the 15% needed to qualify for the debates. We aren’t trying to reinvent the wheel, but rather to use a tried and true advertising approach that has worked for candidates, businesses and charities for decades. As it turns out, it works for Libertarians too.

Making the Most Out of Educational Videocasts for Your Business