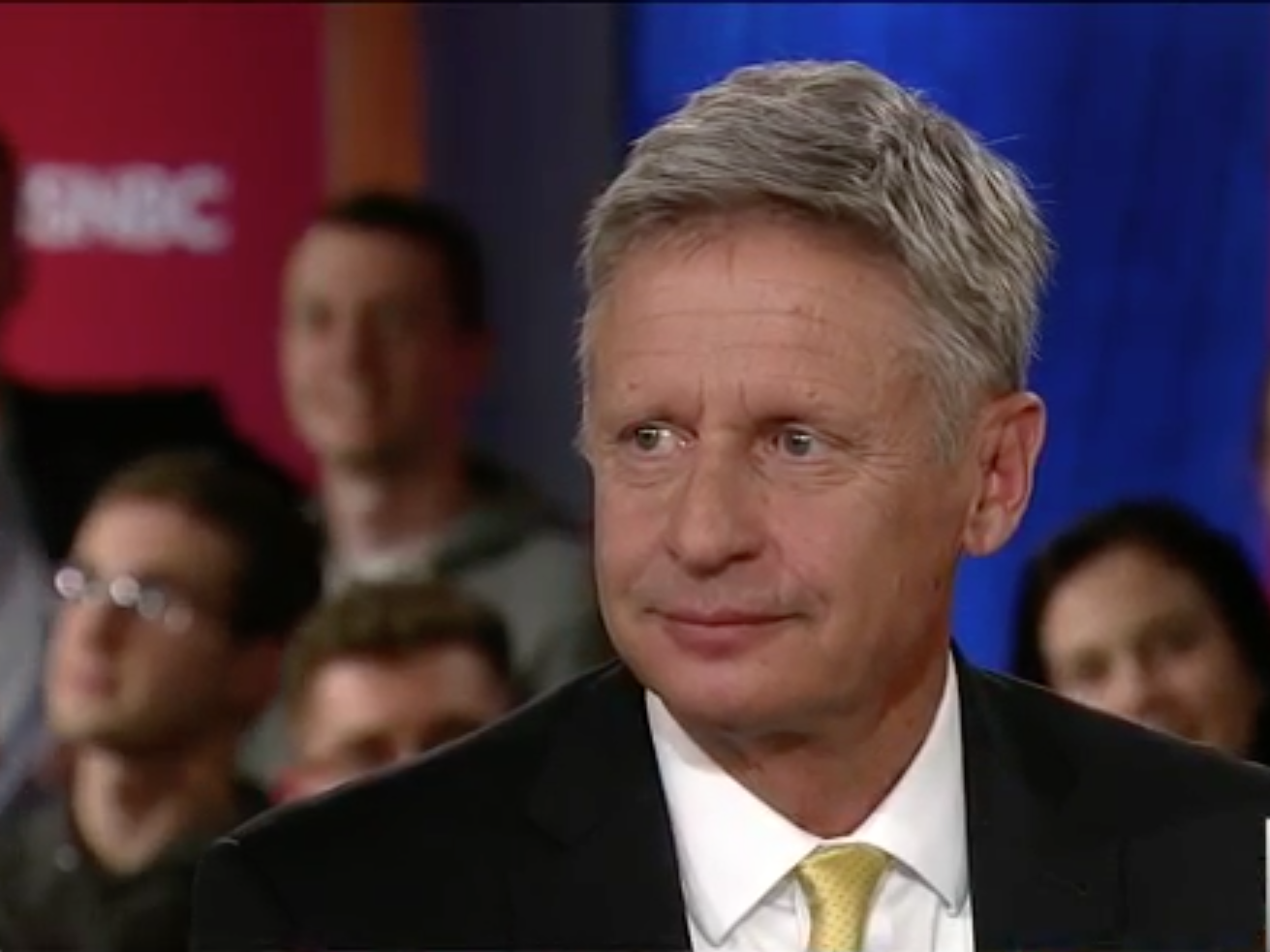 The day after being unable to answer which current foreign leader he looks up to, Gary Johnson is hitting back against his critics. He tweeted Thursday:

It’s been almost 24 hours…and I still can’t come up with a foreign leader I look up to.

Johnson’s tweet points out first, the ridiculous nature of such a question, and second, the absurdity of being expected to “admire” a foreign leader.

As a Libertarian, Johnson wishes to avoid foreign entanglements. Moreover, the rest of the world is in general much more big government-oriented than the United States. While Clinton and Trump express admiration for authoritarian strongmen, the Libertarian nominee, like most libertarians has issues choosing the “least evil” from the rest of the world.

If there were more prominent libertarian leaders throughout the world, perhaps the question would be a more realistic one. However, much like ambiguously asking about policy on “Aleppo,” this seems like a question which would only be directed toward Governor Johnson. The issue is not thinking of a world leader in a split-second, but rather in inevitably “tying” oneself to that individual by expressing admiration. No matter who the Libertarian nominee were to name, he would likely receive blowback from any and all sides for that answer.