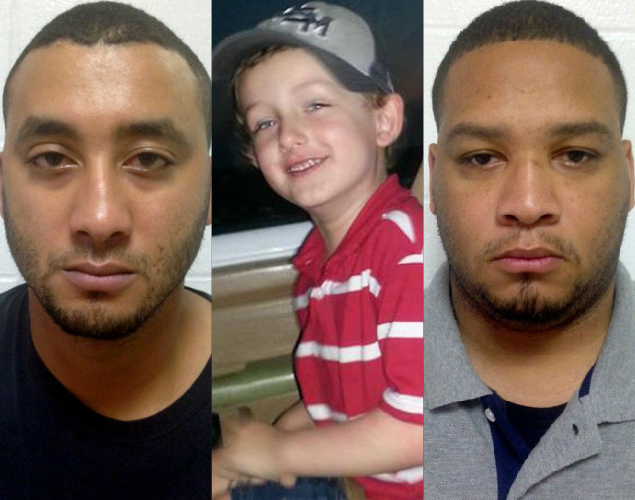 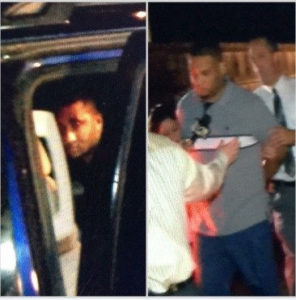 Following the indictment by a grand jury of two Marksville, Louisiana marshals, Derrick Stafford and Norris Greenhouse Jr., on murder charges for a multiple officer-involved shooting which led to the death of a six-year-old boy, the judge presiding over the case has released the body camera footage of the scene.

The altercation which occurred in 2015, started off after marshals witnessed a couple fighting by their vehicle outside of a local bar. When the marshals moved to detain the man involved, identified as Christopher Few, he sped off in his vehicle. Marshals at this point were unaware of the child sitting in the front passenger seat. When the vehicle came to a stop, marshals appear to command, “show me your hands,” and followed by 18 rounds being fired into the car. Few, the suspect in the incident, was struck and severely injured but he survived. His young boy, Jeremey Mardis, did not.

It would later come to light that the suspect was unarmed, and had no outstanding warrants for his arrest.

CNN reports that the Superintendent of State Police in Louisiana called the video “the most disturbing thing I’ve seen.”

In the footage you can hear the marshals and support officers discussing the chaotic scene, officials saying, “I don’t know who all fired,” followed by another official stating, “I fired.”

You see the suspect wounded severely step out of the driver door showing his hands, and laying on the asphalt. Officials can then be heard discussing “what is next?”

A conversation about the victims ensues, and officials can be heard stating that suspects injuries were, “severely critical,” and as this discussion plays out, you hear the moment the officials discover the young boy in the passenger seat.

An officer says, “I never saw a kid in the car, bro.” The officer wearing the camera says, “Yeah he’s ahh…the kid is…” but doesn’t finish his sentence.

The officer who is wearing the camera eventually walks around to the passenger side of the vehicle, windows have been shattered. He shines his flashlight onto the child’s inert body, which is in the front passenger seat, and speaks to him before checking his pulse. An officer can be heard vomiting off-camera.
He later unbuckles the child’s seatbelt, exclaiming “oh my God,” before walking away.

Later in the video EMT’s would pronounce the young boy deceased, and a report form WAFB would explain the injuries as being 5 gun shot wounds to the head and chest.

More disturbing still are the claims from other citizens regarding the two marshals who were indicted on the murder charges for this incident. The Mayor of Marksville has claimed to have run ins with Stafford, as he is also a Marksville police officer, and citizens have even alleged larger claims of being arrested for filing complaints against him.

Listen to Col. Michael Edmondson on the incident:

Johnson Hits Back: “I still can’t come up with a foreign leader I look up to”