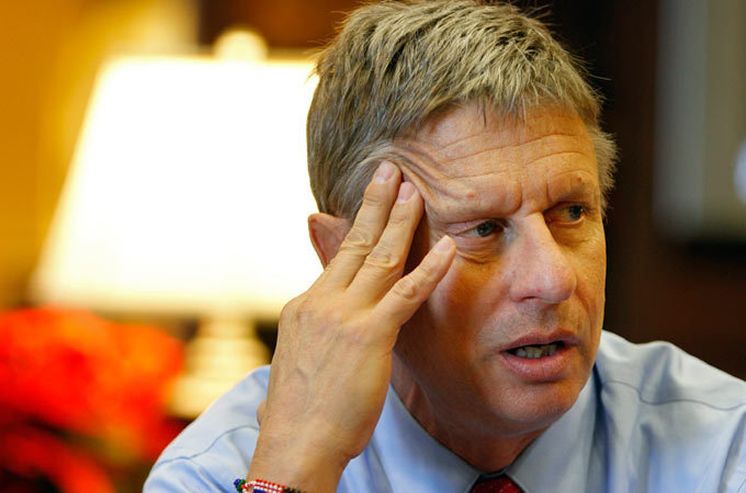 Libertarian presidential contender Gary Johnson botched another crucial question during an appearance on Hardball yesterday, making this his second major flub since the Clinton campaign announced its plans to mischaracterize all of his statements in a last-ditch effort to resurrect the rotting corpse of its millennial outreach program.

All seemed well until host Chris Matthews asked the question every undecided voter had been waiting for: “What’s your favorite venereal disease?”

Johnson’s eyes widened; he was clearly caught off guard. “What’s my favorite…?”

“Any of them. Any part of the body. Just name one sexually transmitted disease you’re especially fond of.”

“Come on, just one,” Matthews continued. “Any STD. Chlamydia? The herpes?”

A humiliated Johnson slumped visibly, unable to answer, admitting to an incredulous world that he’s not only in over his head when it comes to epidemiology, but can’t even name one STD that he really, really likes.

Fortunately, the mainstream media is covering Johnson’s career-destroying gaffe with rare ferocity, bumping it to the top of the news cycle. Some networks are speculating that Johnson might not even know any diseases by name.

Even libertarians are holding Johnson’s feet to the fire, disgusted by his inability to praise even a single destroyer of genitals and reputation. The Liberty Conservatard called the devastating misstep “humiliating,” while Liberty Hangnail noted for the fifth time this week that “you stupid dillweeds could have had Austin Petersen,” the runner-up for the Libertarian Party’s nomination.

The Libertarian Republic reached out to the Clinton campaign for comment, but was unable to reach Hillary Clinton, who was attending an important sponge bath at an undisclosed assisted living facility. Her husband, former president Bill Clinton, who had just returned from a golf outing with Donald Trump, took the call.