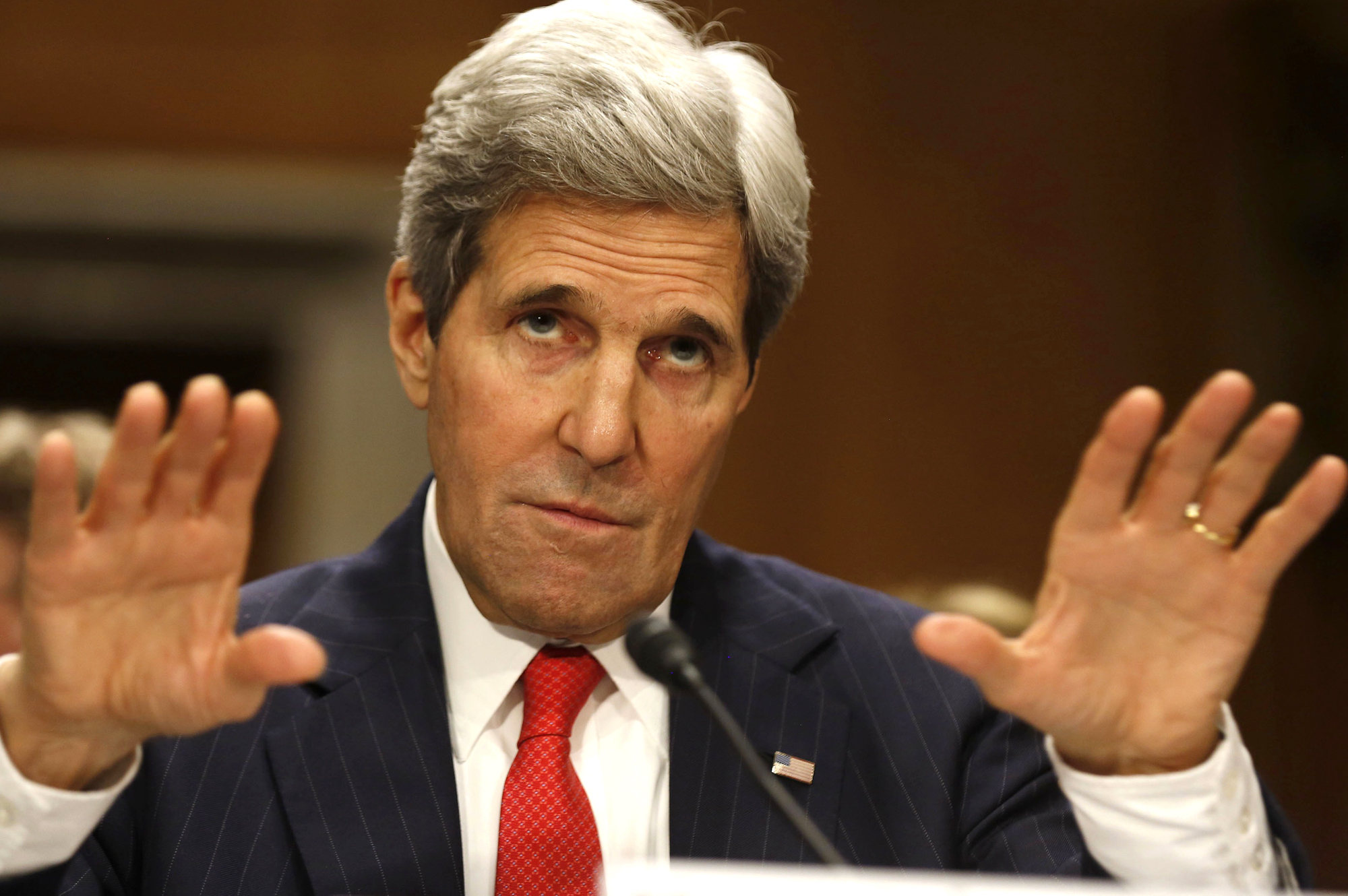 Former Secretary of State John Kerry said Monday that the U.S. can still meet the Paris agreement on climate change standards so long as President Donald Trump does not win a second presidential term.

Kerry said during a visit to Norway that it takes four years to officially resign from the non-binding agreement, a time interval that corresponds with the 2020 presidential election. He also noted that there is a state coalition pushing ahead with restrictions on greenhouse gasses, despite Trump’s decision to pull out of the deal.

“We will meet the Paris standards, I believe, in the United States,” he told a news conference.  Kerry helped former President Barack Obama hammer out the U.S.’ portion of the pledge, which obligate the country to reduce 28 percent of greenhouse gasses by 2030.

Many U.S. companies, states and cities are pushing ahead with restrictions on greenhouse gas emissions, the Massachusetts Democrat told the audience members, “So I want people not to be dismayed.”

Kerry was referring to the so-called We Are Still In campaign, which hopes to create in the aggregate portions of the agreement. States like California and New York believe that they can rally enough businesses and cities to meet the Paris standards, but so far only the greenest states with the most to gain politically from opposing Trump’s move have joined the pact.

Major energy producing states such as Texas, Pennsylvania, and the Dakotas have not signed onto the coalition’s non-binding pact. Most of the states in the campaign reside on the coasts.

Campaigners argue they’re building a bottom-up coalition that will eventually include larger states and businesses. “This is the way we’re going to get to the unusual suspects,” one organizer told reporters.

Analysts were pessimistic about the initial pact. Obama’s target of reducing greenhouse gasses to lower the Earth’s temperature mostly missed the mark, according to an analysis in January by the Rhodium Group. The group found the Obama’s climate regulations would not be enough to meet the standards.

Other former politicians have joined Kerry’s optimistic position. Billionaire Michael Bloomberg announced earlier this month that he would finance a tiny sliver of the U.S.’ share of the administrative costs of the UN Framework Convention on Climate Change, the mechanism required to keep the nearly 200-member nation deal upright.

RELATED: Bloomberg and the Left Suddenly Embrace Private Funding for Paris Climate Accord

“Americans are not walking away from the Paris Climate Agreement. Just the opposite — we are forging ahead,” he said in a statement Thursday shortly after the president moved to leave the deal. Obama pledged $3 billion to help poorer countries like China and India to reduce their emissions.