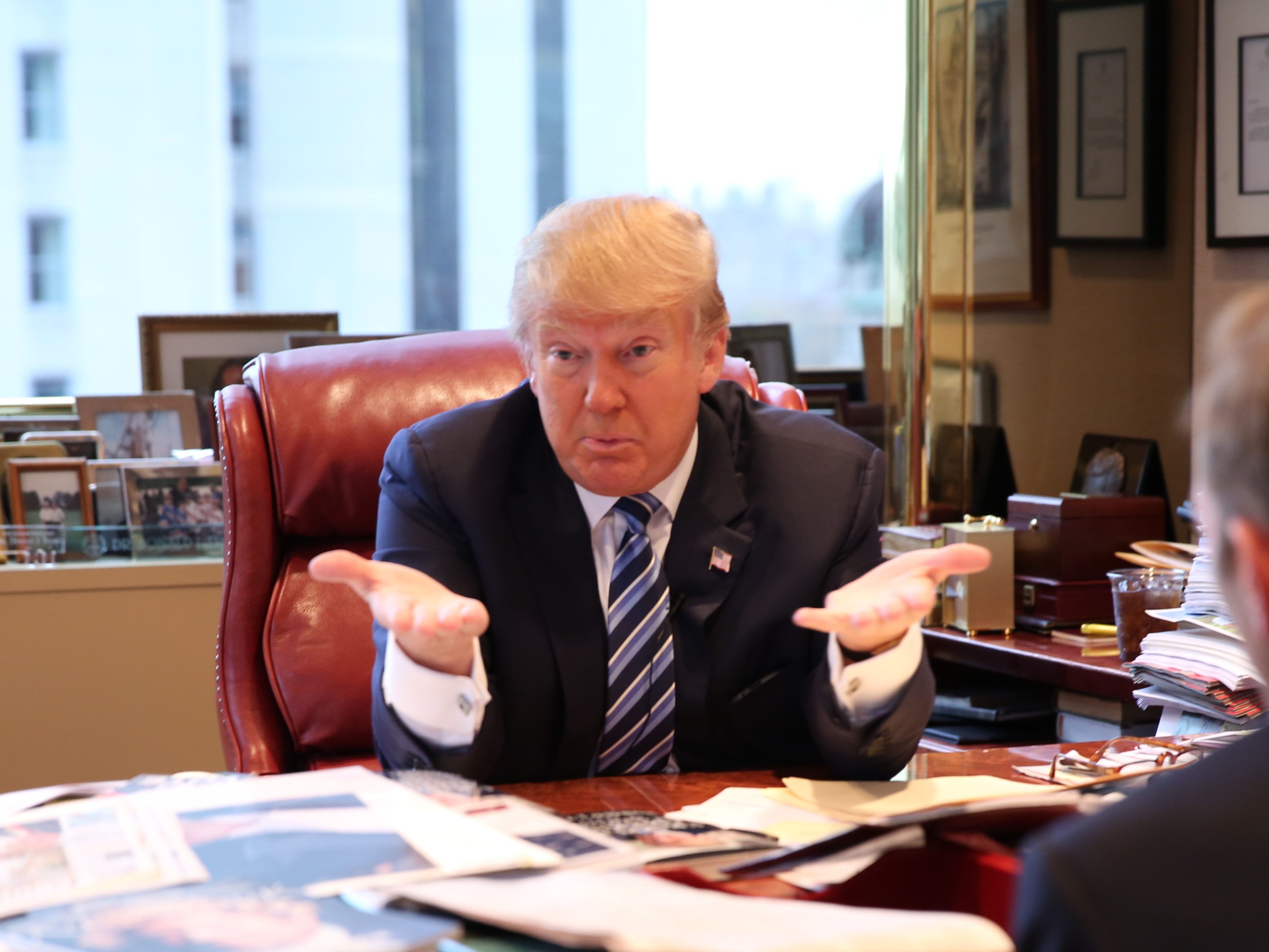 The attorneys general of Washington, D.C. and Maryland plan to file a lawsuit against President Donald Trump Monday, alleging the president violated the law by retaining ownership of a business that receives payments and benefits from foreign leaders.

Trump announced his intention in January to shift his business assets into a trust managed by his sons in an effort to avoid potential conflicts of interest. Critics argued the move didn’t go far enough in separating Trump’s public and private roles.

The suit, a signed copy of which Racine and Frosh provided to the Washington Post Sunday night, accuses Trump of “unprecedented constitutional violations.” The two Democrats specifically cite Eric Trump’s past statements indicating the president would continue to receive regular updates about the company’s financial performance.

The suit says Trump’s continued ownership of his family’s global business empire has rendered him “deeply enmeshed with a legion of foreign and domestic government actors” and has harmed the integrity of U.S. democracy.

“Fundamental to a President’s fidelity to [faithfully execute his oath of office] is the Constitution’s demand that the President … disentangle his private finances from those of domestic and foreign powers. Never before has a President acted with such disregard for this constitutional prescription,” the suit says.

Racine and Frosh told WaPo that if a federal judge allows the case to proceed, the first major obstacle they will likely face is obtaining Trump’s tax returns through the discovery process. Racine and Frosh believe the tax returns will be the first step in establishing the extent of Trump’s involvement in foreign business dealings, but the pair said the fight will likely end up in the Supreme Court.

The suit is the latest in a series of legal challenges alleging Trump’s business dealings violate the Constitution’s anti-emoluments clause, which prohibits any “Person holding any Office of Profit or Trust” from accepting “any present, Emolument, Office or Title, of any kind whatever, from any King, Prince, or foreign State.”

The Trump administration responded Friday to the the first emoluments clause suit, which was brought against in January by Citizens for Responsibility and Ethics in Washington (CREW). In what was the administration’s first detailed response to corruption allegations, the Department of Justice filed a 70 page brief Friday arguing the suit should be dismissed. The brief argued Trump owned businesses are legally allowed to accept payments from foreign governments while he is in office.

While a number of legal challenges have been filed accusing Trump of corruption, the latest suit is the first brought by government entities.