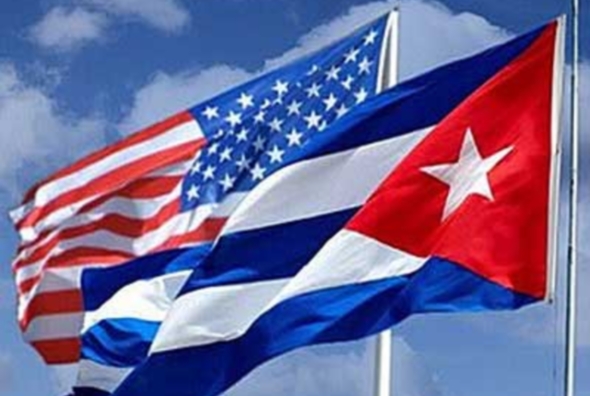 The majority of Republican voters now approve of former President Barack Obama’s open policy toward Cuba, according to a poll released Monday.

Sixty-four percent of Republicans and 65 percent of all registered voters overall support an open trade policy with the Cuban government. Only 18 percent of voters oppose open trade and prefer the Kennedy-era trade embargo that survived for over 50 years according to a Morning Consult poll.

Additionally, 55 percent of Republicans support completely lifting every restriction on the Cuban government, and 26 percent of all Republicans oppose that option.

The former president announced that an American embassy would re-open in Havana, Cuba in July of 2015. Obama later announced lower restrictions on imported rum and cigars from Cuban in October of 2016.

“Political prisoners languishing in dungeons across the island will hear this message: Nobody has your back. You’re alone with your tormentors. The world has forgotten about you,” Cruz wrote in an op-ed published on March 20 of 2016. t is so sad, and so injurious to our future as well as Cuba’s, that Obama has chosen to legitimize the corrupt and oppressive Castro regime with his presence on the island.

“It is so sad, and so injurious to our future as well as Cuba’s, that Obama has chosen to legitimize the corrupt and oppressive Castro regime with his presence on the island,” Cruz concluded.

“The U.S. embargo against Cuba is codified in U.S. law and serves the dual purpose of denying the Castro regime money to fund its repression and giving us leverage to obtain concessions that lead to true and lasting freedom for the Cuban people,” Rubio wrote in an official reaction in October of 2016.

“Two years of the Obama Administration’s Cuba policy have proven this president puts his legacy ahead of the Cuban people’s God-given rights, and he believes in squandering leverage in negotiations with the Castros, not in using it,” Rubio concluded.

Morning Consult surveyed “almost 2,000” registered voters for the survey. The poll carries a margin of error of 2 percentage points in either direction.