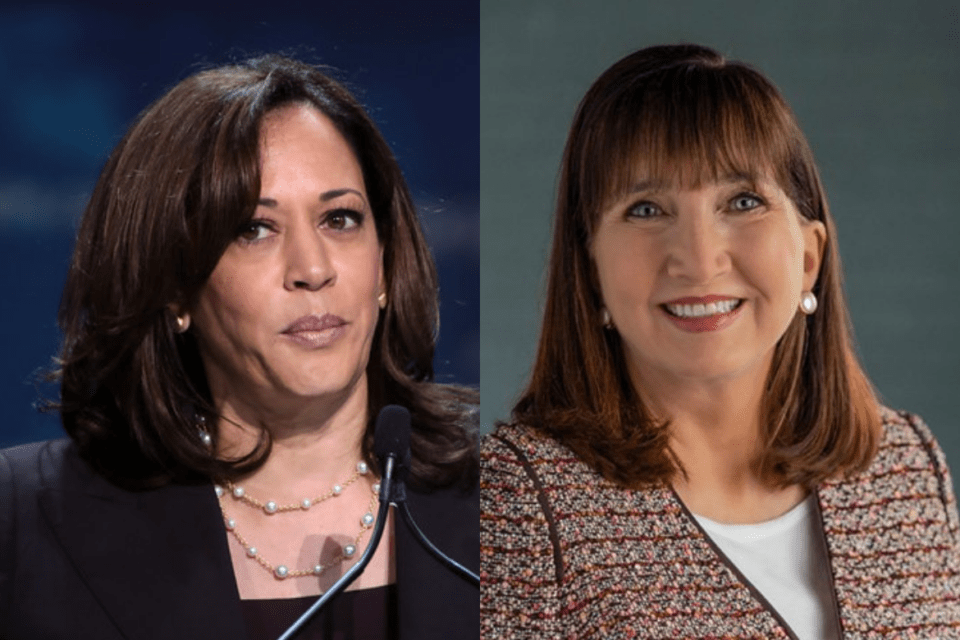 Jo Jorgensen, the Libertarian nominee for President, addressed Joe Biden’s announcement that he chose Kamala Harris for his Vice Presidential running mate at an event in Dallas.

Kamala Harris is a US Senator best known for her harsh tough-on-crime record while attorney general in California. Her previous presidential campaign achieved brief notoriety from Tulsi Gabbard’s roasting of her during a Presidential debate that many believe ended her campaign, as well as her attacks on Joe Biden for supporting segregation and inappropriately touching women.

In addressing the crowd of supporters at her campaign stop in Dallas Tuesday, Jorgensen responded to the news of the Joe Biden’s VP pick:

“This year, our country is celebrating the 100th anniversary of our ratification of the 19th Amendment, which gave women the right to vote. As has too often been the case, the governing class has been far behind the will of the people. But our party has always been happy to lead the way. Whether it’s been the war on drugs, LGBTQ, or in this case, when it comes to the rights of empowering women. After all, the first woman in the history of the country to receive an electoral vote was a Libertarian. And I am excited to hopefully become the first woman in the history of the United States to appear on the ballot in all 50 states in two general elections. The gravity of this history is not lost on me.

Now, I’ve heard that one of the other parties just picked a woman as their Vice Presidential selection this week. But Senator Harris has an abhorrent record as a prosecutor, and Vice President Biden, legislatively, enabled her and others who held positions like hers to victimize people of color with impunity. Kamala Harris helped put thousands of men and women in jail for pot-related charges, and then proceeded to laugh about smoking marijuana herself. Harris also demonstrated her willingness to use third strike laws in order to extend unfair prison sentences.

Our campaign represents the only real option for voters who care about criminal justice reform. And I welcome everyone who wishes to see an end to the brokenness present in the system to come over to our side. I’m glad to give millions of girls and young women across the United States, not just any voice when it comes to the top job of the country, but a consistent voice for individual liberty and personal responsibility and personal freedom.

We cannot claim to be the land of the free when we lead the world in incarcerations. We have 5% of the world’s population, but house 20% of its prisoners. One of the biggest factors that led to a quadrupling of the prison population since 1980, is the racist and destructive war on drugs. In particular, the mandatory minimums have taken discretion out of the hands of judges, and instead force mothers, fathers, sons and daughters to be put in jail for 10, 20 years—sometimes even life—for a supposed crime that has no victim.

All we have to do is take a step back to the prohibition era to see the parallels. Despite realizing how poorly alcohol prohibition went, we have replaced it with a carbon copy. Drug kingpins have replaced mob bosses and drug dens have replaced speakeasies. When was the last time you heard of a liquor store owner going up and down the high school halls trying to push gin on high school students? Or when was the last time you heard of a vodka addict breaking into houses in order to support a vodka habit? And last, when have you heard of two liquor store owners having a shootout to get the best corner? What we have is not a drug problem. What we have is a prohibition problem.

There should be no law to prevent you from owning an object, whether it’s a gun to protect yourself
or any drug for whatever reason you want it for. If there is no victim, there is no no crime. As your President, I will federally decriminalize all drugs and encourage states to treat drug use as a health issue, not a criminal issue. I will pardon anyone convicted at the federal level of victimless crimes and allow the medical community to deal with substance abuse in a way that salvages lives instead of throwing them away.

In addition to overcrowding our federal prisons, the war on drugs has negatively affected communities and interactions that many people have with police. Drug gangs have been created and empowered by the fact that they operate in an underground market. They police themselves and too often violence is the result. Consequently, the federal government has created a police state, including the DEA, which receives over 3 billion of our tax dollars annually and have repeatedly raided medical marijuana clinics in states where marijuana is completely legal.

As your President, I will end federal involvement of policing, including the DEA. I will also end the supplying of surplus military equipment, like tanks and tear gas to over 8000 state, federal and local police forces. This has made Americans feel like enemy combatants in their own neighborhoods. As your president, I will end no-knock raids, which too often end up killing innocent bystanders like Breonna Taylor. And I will end qualified immunity so that good citizens can take legal action against police brutality when it becomes necessary.” 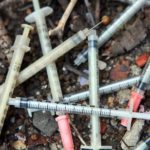 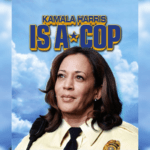