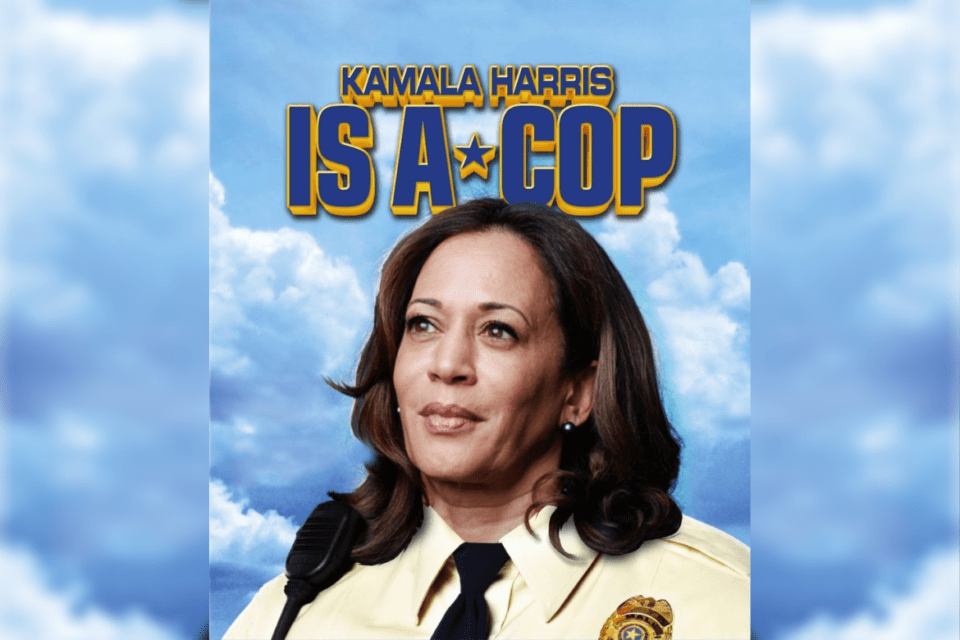 Joe Biden’s pick for VP pick shouldn’t sit well with anyone who cares about criminal justice reform or Black Lives Matter as he announced Kamala Harris would be his 2020 running mate.

As I predicted @JoeBiden picked @KamalaHarris for his VP running mate. This should be the kiss of death for his campaign. Obviously black lives don't matter to Joe. Nobody regardless of their political affiliation wants a corrupt cop as VP of this country.

This should effectively be the kiss of death to Biden’s race for the White House as it is no secret that Harris is nothing more than a cop who wants to be president. Any voter on the political left would do well to remember that Harris was grilled during the 2020 Democratic Debates over her record on criminal justice reform by Rep. Tulsi Gabbard.

Tulsi lit Harris on fire concerning her record as a former attorney general for the state of California.

“I want to bring the conversation back to the broken criminal justice system that is disproportionately negatively impacted black and brown all across this country today. Now Senator Harris says she is proud of her record as a prosecutor and that she will be a prosecutor president, but I am deeply concerned about this record,” Gabbard said.

“There are too many examples to cite, but she put over 1500 people in jail for marijuana violations and then laughed about it when she was asked if she ever smoked marijuana. She blocked evidence that would have freed an innocent man from death row until the courts forced her to do so. She kept people in prison beyond their sentences to use them as cheap labor for the state of California, and she fought to keep cash bail system in place, which affects poor people in the worst kind of way”, Gabbard continued.

When Joe Biden announced that Harris would be his VP pick, he said, “I need someone working alongside me who is smart, tough, and ready to lead. Kamala is that person, according to The LA Times.

Tough on what, Joe? Furthering the federal government’s war on drugs, which is destroying the black community in modern America? Maybe you mean tough on crime? The American people know all too well that any time a politician talks about declaring war on something or being tough, it is just political double-speak for more regulation, which is a stumbling block for desperately needed reform to our criminal justice system.

What in the world makes you think that after cases like Eric Gardner, George Floyd, and Breonna Taylor that anyone in this country would want a corrupt former cop as vice-president of this country, Joe? Oh, I forgot you’re the same man who can say openly racist things about black Americans twice and insult the intelligence of an entire community and think they will still vote for you.

Yes, black lives matter. Criminal justice matters. Ending the war on drugs matters. But not to Joe Biden. Do you really think a corrupt attorney general who prosecuted people for non-violent drug offenses, and hid evidence that would free innocent individuals gives a damn about helping the black community? Joe and Kamala don’t care about anything but more government and more control.

This does nothing but continue to demonstrate how out of touch Democrats are with their voter base and the American people at large. I predict this to be the kiss of death for Biden’s 2020 run for the White House, and it serves him right for what appears to be nothing more than another attempt at playing identity politics. Joe doesn’t want to reform the system because he is part of the political machine that plagues American society, and his choice of a corrupt cop as a running mate is further evidence of that fact.

Black lives matter to me because I believe all men were created equal, and anyone who wants to ensure that justice should be for all Americans would not vote for Biden/Harris. Voting for a corrupt former attorney general puts out a fire by adding gasoline.