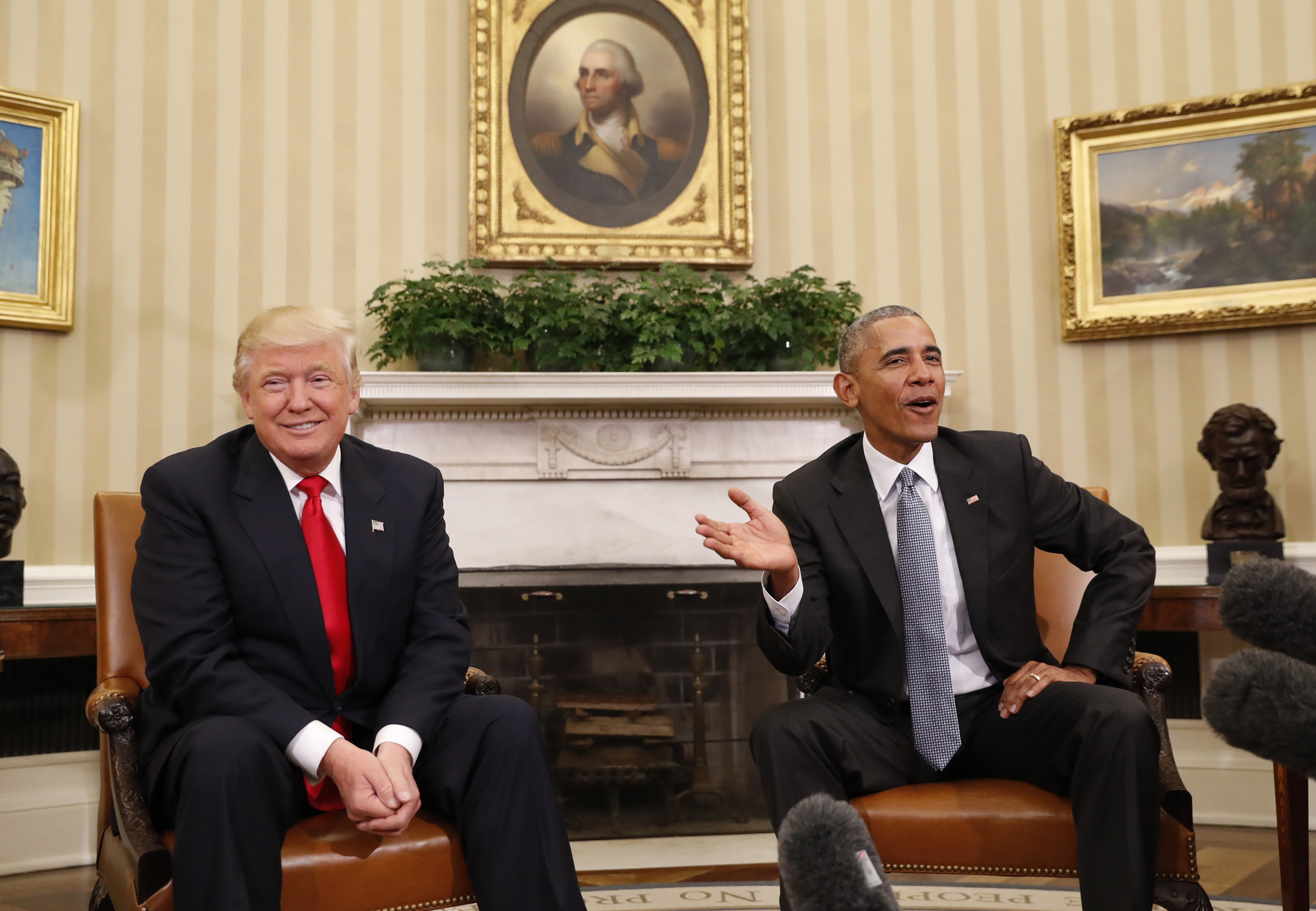 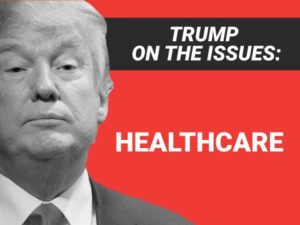 Since before he was elected as the 45th President of the United States, businessman and reality TV star, Donald Trump has been an antagonist to current President Barack Obama. Attacking things from the President’s birth certificate to larger and more pejorative claims, Trump has never been afraid to speak his mind, and he has addressed few things, associated with Pres. Obama, more than the Affordable Care Act (ACA/Obamacare). Including making a promise to, “repeal and replace,” the Presidents signature legislation a cornerstone of his now successful Presidential bid.

“I would end Obamacare and replace it with something terrific, for far less money for the country and for the people,” Donald Trump, KCCI Des Moines April 8th, 2015.

“Since March of 2010, the American people have had to suffer under the incredible economic burden of the Affordable Care Act—Obamacare. This legislation, passed by totally partisan votes in the House and Senate and signed into law by the most divisive and partisan President in American history, has tragically but predictably resulted in runaway costs, websites that don’t work, greater rationing of care, higher premiums, less competition and fewer choices.” Donald Trump, Talking Points Memo March 3rd, 2016

“When we win on Nov. 8 and elect a Republican Congress, we will be able to immediately repeal and replace Obamacare. I will ask Congress to convene a special session so we can repeal and replace, and it will be such an honor for me, for you and for everybody in this country, because Obamacare has to be replaced,” he continued. “We will do it and we will do it very very quickly.” Donald Trump, LA Times November 1st, 2016

It would appear now, as reported in an exclusive interview with The Wall Street Journal, that President-elect Trump may be reversing, or at least walking back, some of his campaign cornerstones. Even admitting that he likes provisions in the law, extended parental coverage of children and coverage of pre-existing conditions, which many critics argue have contributed to the laws skyrocketing costs, as well as the need for a mandate to enforce the law.

Mr. Trump said he favors keeping the prohibition against insurers denying coverage because of patients’ existing conditions, and a provision that allows parents to provide years of additional coverage for children on their insurance policies.

“Either Obamacare will be amended, or repealed and replaced,” Mr. Trump said

On health care, Mr. Trump said a big reason for his shift from his call for an all-out repeal was that Thursday meeting at the White House with the president, who, he said, suggested areas of the Affordable Care Act, widely known as Obamacare, to preserve. “I told him I will look at his suggestions, and out of respect, I will do that,” Mr. Trump said in his Trump Tower office.

This statement from Trump may seem subtle, but it is a stark contrast from the language he has used in the past for the healthcare law.

It could be that we are seeing a more diplomatic and “presidential” version of a once bombastic and contentious nominee, but it does lead some to wonder. Especially given his past of flips on other issues, including his actual ties to the Republican Party itself.

Then there is another way to look at this, using a video of an interview Trump did on CBS’s 60 Minutes with host, Scott Pelley. In this interview, he mentions that he does in fact want to “repeal and replace” Obamacare, but its his fix that was most shocking. Even Trump admitted himself that this was, “an un-Republican thing” for him to say.”

This excerpt from 60 Minutes is also not the first time Trump has flirted with universal healthcare, in fact there are numerous cases of it.

Could his intention be a half truth? Repealing and replacing the currently over burdened half-government run system with a full fledged universal program? Could it be that President-elect Trump has just become far more diplomatic with the gravity of his new title? Or, could his new statement with the WSJ actually be what is true? Taking in current Pres. Obama’s advice and finding a “pragmatic” solution between each politicians position?

Trump’s softening has already drawn some attention from fellow Republicans. Congressman Justin Amash (R-MI), who as always been a bit skeptical of Trum, took to Twitter to express how he felt about the President-elects statements.

When Amash was asked by a follower about his thoughts on the provisions Trump claims he “likes very much,” he expressed that he did not believe those provisions and their connection to the mandate, were not Constitutional.

Those are core provisions of Obamacare and reason for the individual mandate. Constitution doesn’t grant federal government this authority. https://t.co/hDpnfFpGzt

It will be interesting to see how his supporters react, especially if they consider this a rocking of the boat, so early on in his new role. The one thing that is foreseeable, however, is that the Trump years will not be without surprises and political un-orthodoxy. Its time to buckle up America, we are the tracks to somewhere, but we cant be too sure to know just yet, if its a roller coaster to real political change, or a monumental train wreck.

How Hillary Clinton Has Set Women Back Decades